What is regional affinity?

Region affinity is something that develops when an elnin spends a significant amount of time attuning themselves to one of Eyre's major island regions. Over time, an elnin's own internal mana will resonate with the ambient mana of that region. Elnin who have acquired enough affinity for particular regions can sometimes start to exhibit new physical mutations.

Almost all mutations have a specific regional origin. Elnin physiology is heavily affected by their environment, and mutations occur when ambient mana causes an elnin's features to alter according to the nature of their surroundings. This mutation process normally happens fairly slowly, changing elnin bloodlines over the course of several generations of attunement. There are, however, certain modification specialists that can hasten the process along by using AP (affinity points) to induce specific mutations to appear.

WHAT ARE AFFINITY POINTS (AP)?

Affinity Points are how you track your elnin's Region Affinities. AP is always region locked, so if you earn AP with a prompt located in Ahza, it would be considered "Ahza AP" and you would only be able to use that specific AP for items/mutations that are associated with Ahza. AP is a consumable resource and is depleted when spent.

How do I gain AP?

Affinity Points are acquired through drawing or writing about your elnin in specific settings when you participate in official group activities. The more prompts/quests/etc an elnin spends in a specific region the more AP they accumulate for that region. Currently, AP can only be acquired through valid prompt/quest entries and is not currently 'farmable' outside of these sources.

IMPORTANT You do not automatically qualify for AP by just adding any kind of background to your art pieces. The backgrounds MUST be visually appropriate for the region you want to earn AP for.  To make sure you have enough region specific features present in your background see the Resources section found on each region's page and look at what iconic features and general features appear in each region.

AP is a bonus reward and is not required for completion credits on prompts, etc. If you just want to do a general art or written piece without worrying about placing your elnin in a specific region then that's totally fine. However, this also means we will not be awarding AP to entries that are too vague in their location depictions because it is meant to be a bonus that is deliberately earned. 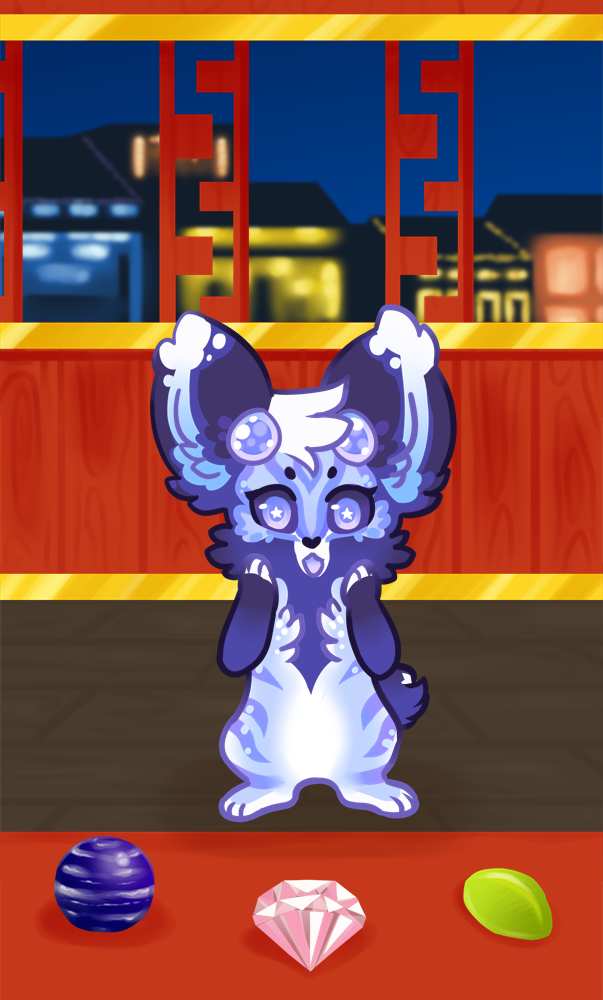 Where is AP tracked?

AP is tracked on the website, and you can find any AP your elnin has earned in their character bank. You can find each individual character bank on their character page under the "Bank" tab. If you have earned AP for an elnin before the website then you'll be able to register the AP by submitting your old prompts to their appropriate Legacy Prompt on the website and claiming it there. To learn more about Legacy Prompts and requirements surrounding those submissions see our Prompt Archive page. You won't get any additional EC but you'll be able to claim the AP for your elnin!

Can I use AP earned by a previous owner?

You can now use AP that the previous owner earned so long as the AP is in the elnin's character bank on the website at the time you want to use it. Art or writing for that AP must be submitted by the owner who originally drew the art, or wrote the prompt, and earned it.

Can I earn AP for an elnin I do not own?

No, you may only earn AP rewards for an elnin you currently own. Additionally, you cannot transfer AP between elnins as it is considered a 'soul-bound' currency. Art or writing must be done by the current owner of the elnin to earn AP.

Can I earn AP for multiple elnin in one prompt?

No, you may only earn 1 AP for a single elnin per prompt at this time (unless specified otherwise in a prompt's "Quick Rules"). If you include multiple elnin in your prompt then please be sure to specify which of your elnin is earning the AP in the character section at the bottom of the prompt form. After entering your elnin's ID (ie. ELN###/ELN001/etc.) an option to "Add reward" will allow you to choose what AP you would like to earn for a given prompt.

Can I gain affinity for more than one region?

Yes, however, please keep in mind that AP cannot be swapped from one region to another. Also, keep in mind that being able to earn affinity for more than one region just means your elnin can have multiple region-specific AP in their character's bank at one time. It does not mean that you can earn multiple AP and multiple kinds of AP for a single prompt unless specified otherwise in a prompt's "Quick Rules" section.

Elnin are generally aware, and they're usually traveling with intent to get affinity with a regional place/gather Affinity Points.

Lore wise that isn't to say you can't have your elnin stumble into a part of a region where maybe mana's a bit unstable (not to be confused with miasma). Stumbling into an area with unstable mana in a region could be more or less a way of "accidentally" acquiring mutations story-wise if you'd rather have something be written as a mistake. Usually, it's intentional and elnin go to regions to gain an affinity for some personal change!

It's worth noting too back in the day it was more common to unintentionally acquire mutations (very very long ago) until nin understood it better. In modern days it's more common.

What regions exist in Eyre?

On Eyre, each major region is comprised of a mix of continents and/or islands crushed into close proximity and settled atop a larger undercurrent of mana. These mana currents are distinct from each other and are what determine the borders of each region.

You can currently gain affinity for all the regions except for Vahl D'sari (which contains Nhovrasul and the Night Gate). Be sure when reading the map to note down the region your elnin is in! If your elnin is drawn in a city like Bejali then your affinity would be Ahza and so on.