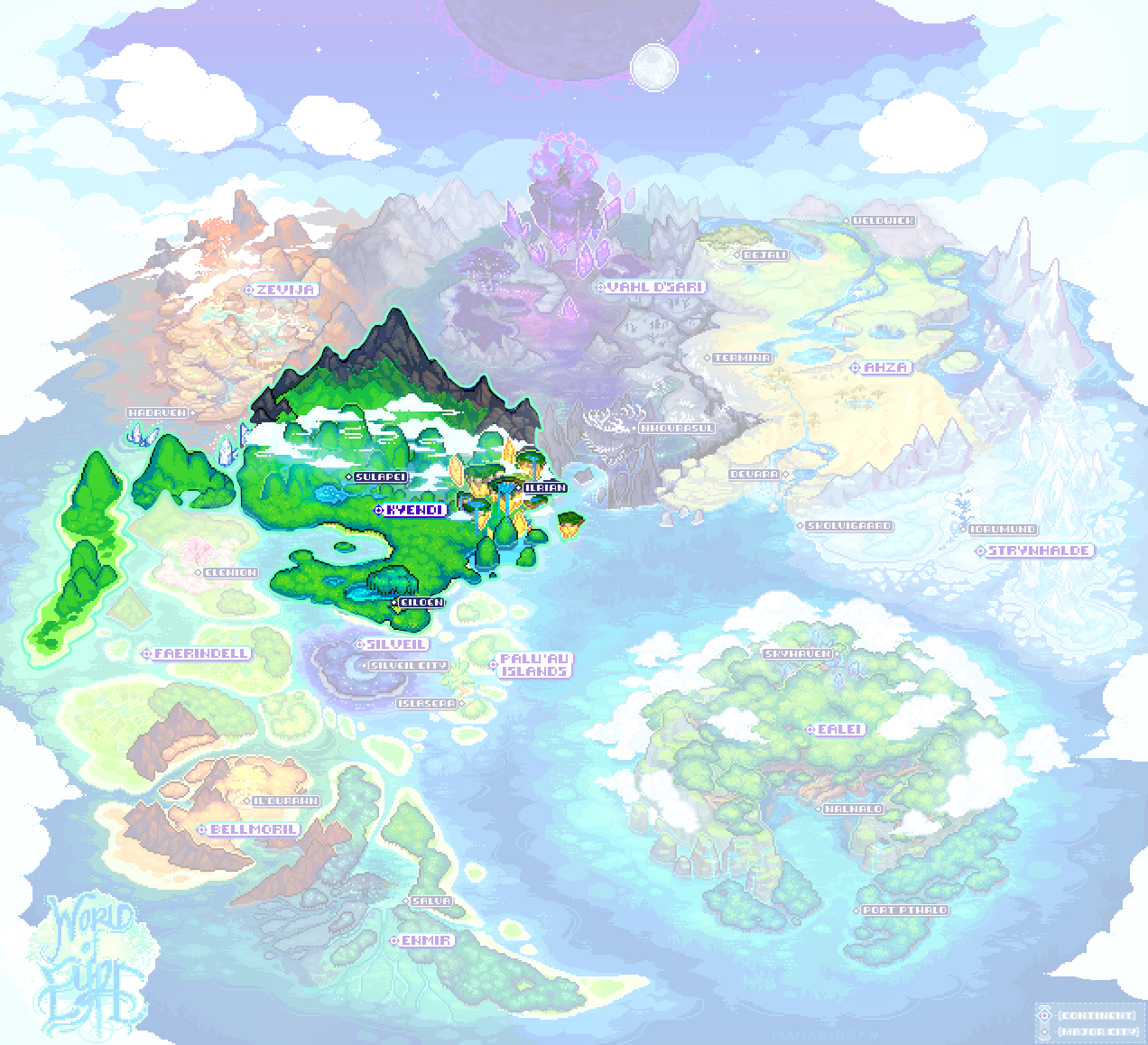 Population Density: Fairly populated. Most people live in the larger cities or in settlements near the shorelines, with only very few small towns more inland due to the density of the forests and the high concentration of faefolk living in them.

Border Policies: Open. Kyendi is generally welcoming to all other races.

Notables: They say that the region of Kyendi must be the oldest of all the lands of Eyre because it feels almost as if the trees are quietly watching you, and the very earth you walk upon bears the memory of a thousand journeys.

The sprawling jungles of Kyendi are perilous if traveled alone due to the danger of wandering into a patch of Overwild territory and becoming lost, but this also means that Kyendi is one of the best regions on Eyre for those treasure hunters seeking ruins of Dusk to explore.It is a bit of a wild region, and much of the land is considered haunted by fey creatures of all manners.
Despite what you might guess from looking at the map, the islands that wrap around Elenion and the northern region of Faerindell are truly lands belonging to Kyendi. However, the distance from the main kyunru populace and the interposing expanse of sylvan land has led the western reaches to adopt more of sylvan culture and architecture than anywhere else in Kyendi.

! Community members: If your art has been featured here, and you would like it removed, please notify us and we will do so !

NOTE: The inspiration images are not going to be 100% accurate since well, these regions do not exist in the real world! A lot of the images will note what specifically the image is meant to be pointing to (a specific city, or nature feature, etc) so be sure to take note of what the images are named. It is possible that features that are small or in the background of the images may not be accurate to the region since it can be hard to find a perfect image for some regions, so take each image as a glimpse and not the full picture. You will need to read the region descriptions below and combine them with the inspiration images to get a full picture of the region!

Artist's note: Kyendi has a sort of Asian feel to its landscape and buildings, except for the western reaches that thematically follow more of Faerindell's European style fantasy.

The forests of Kyendi are wild, full of mist, ruins, and forgotten spirits.

The eldertree that anchors Kyendi resembles a graceful weeping willow. The tree covers fully half of the region's largest lake in a perpetual dappled shade.

These are the Sunshard Isles - note, the islands are being lifted by massive deposits of sunshard crystals (floating, yellow/orange, crystalline, optional to show). 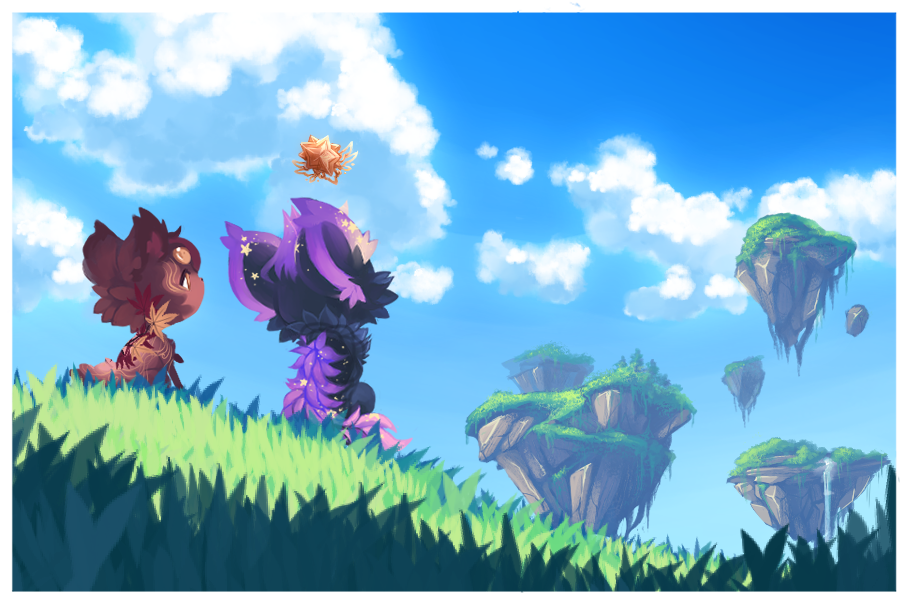 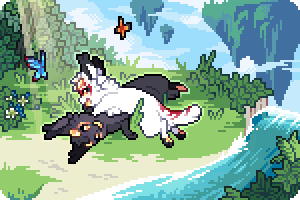 Kyendi's inland mountain range is iconic for its distinctly rounded and mist-shrouded summits.

The combination of ancient overgrown ruins with a forest/mountain backdrop is found almost exclusively in Kyendi. 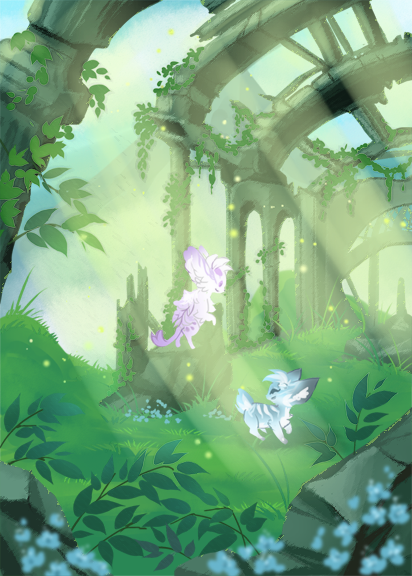 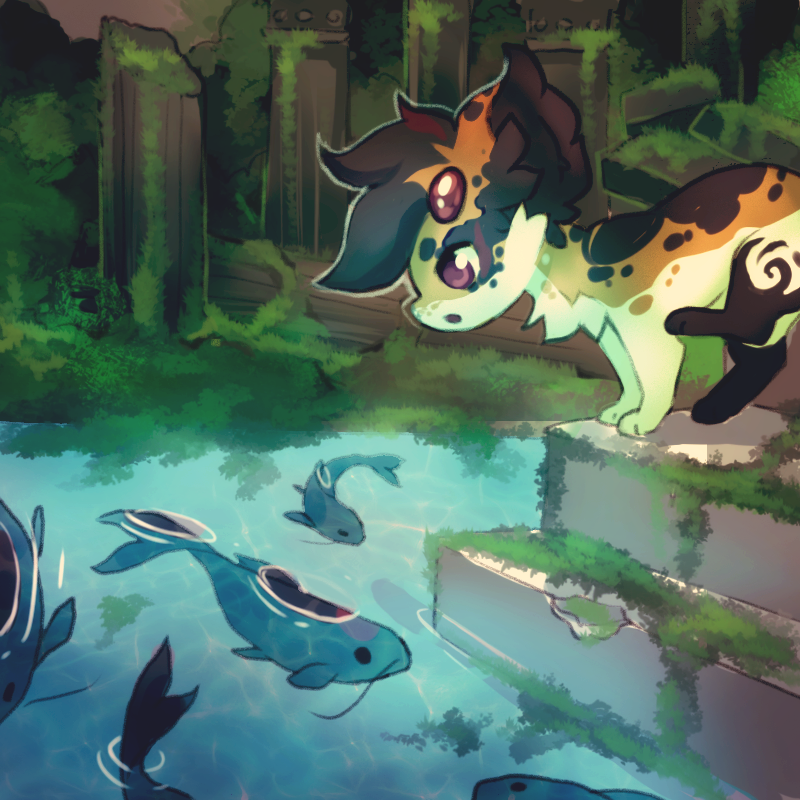 Small waterfalls and rivers run the length of Kyendi's deep forests. Please note, Enmir is also known for rivers and streams, so making sure to add in the small waterfalls will help distinguish from Enmir's waterways which are generally flat and marshy. 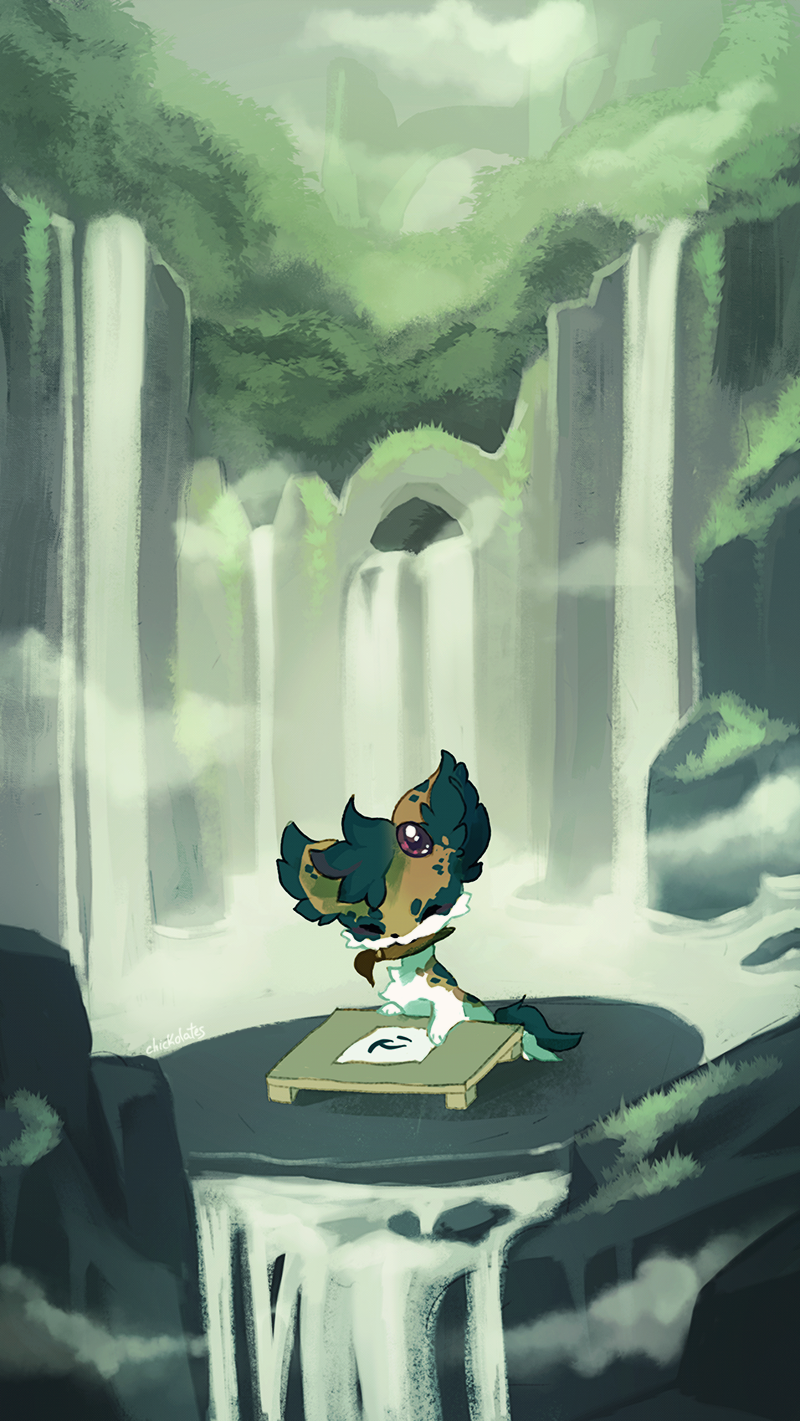 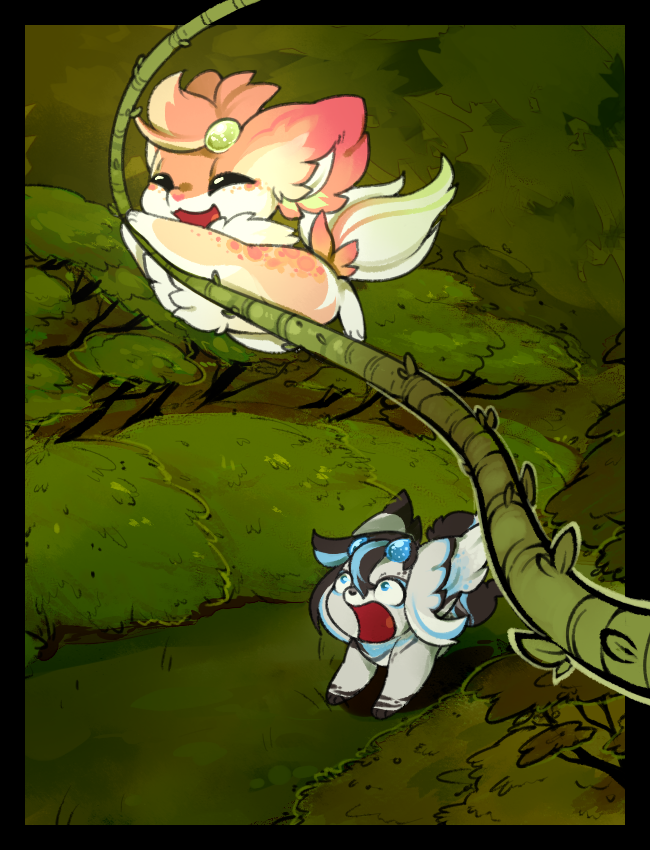 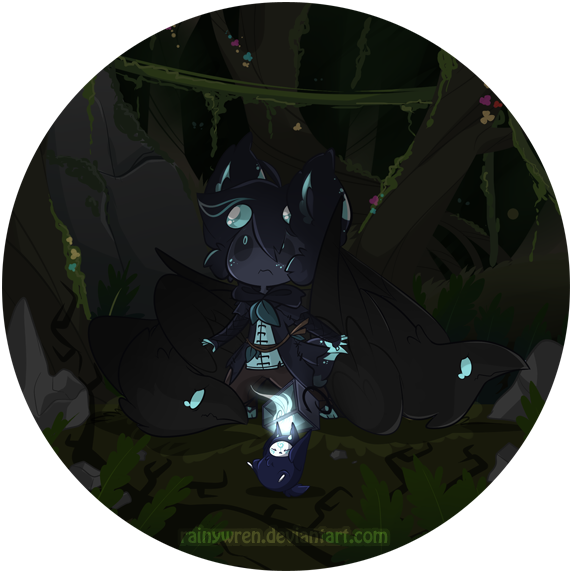 Be careful of overlap with: Enmir, Faerindell. Kyendi's mountains tend to be towering and round-topped. 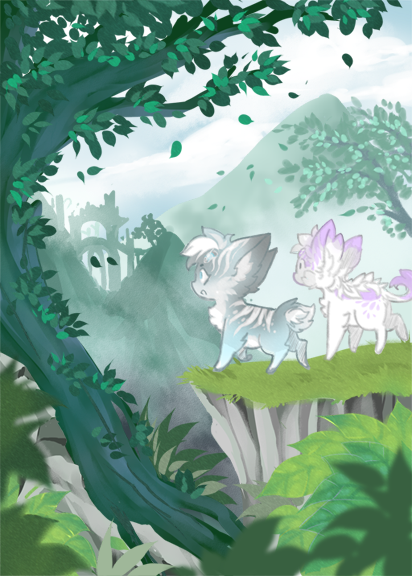 Be careful of overlap with: Many. (Though Kyendi's buildings are primarily asian-themed, this style does appear in other regions, just not as heavily.) 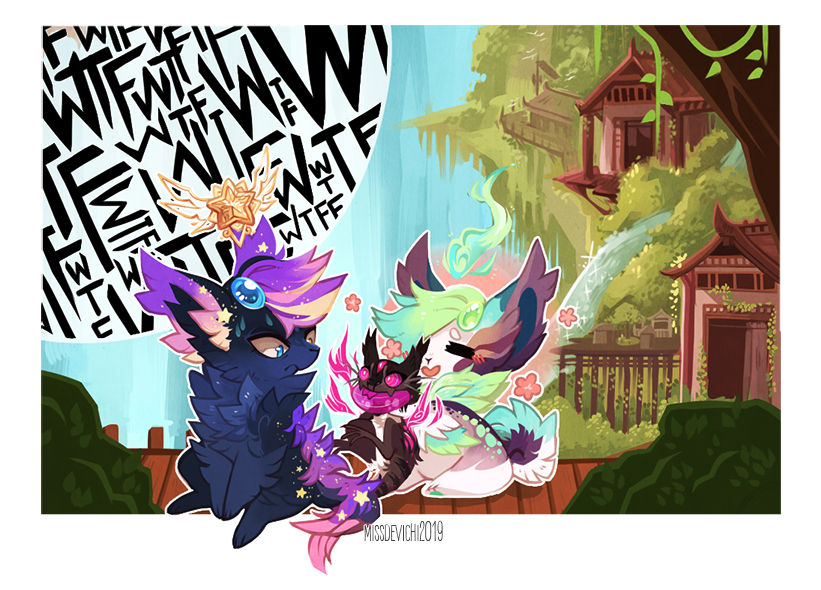 Be careful of overlap with: Faerindell 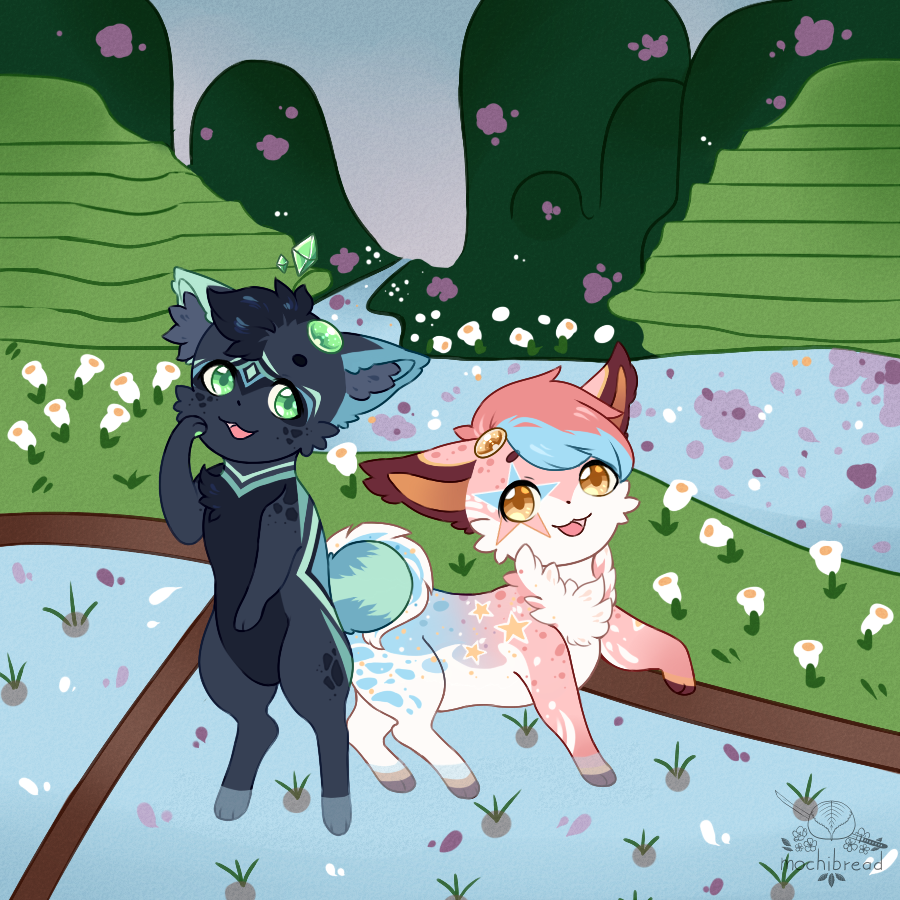 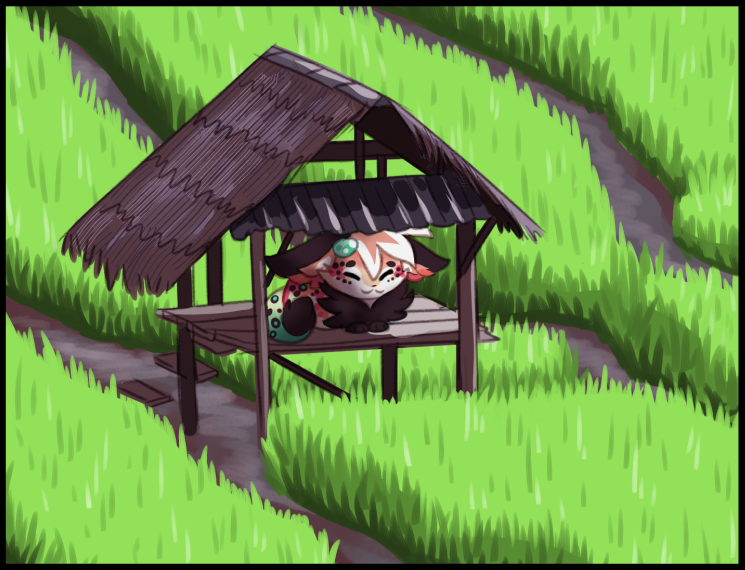 These creatures or plants occur naturally only in specific regions of Eyre. Try including one or more of these in your piece to give it some extra flair. (Totally optional, this section is just for fun) 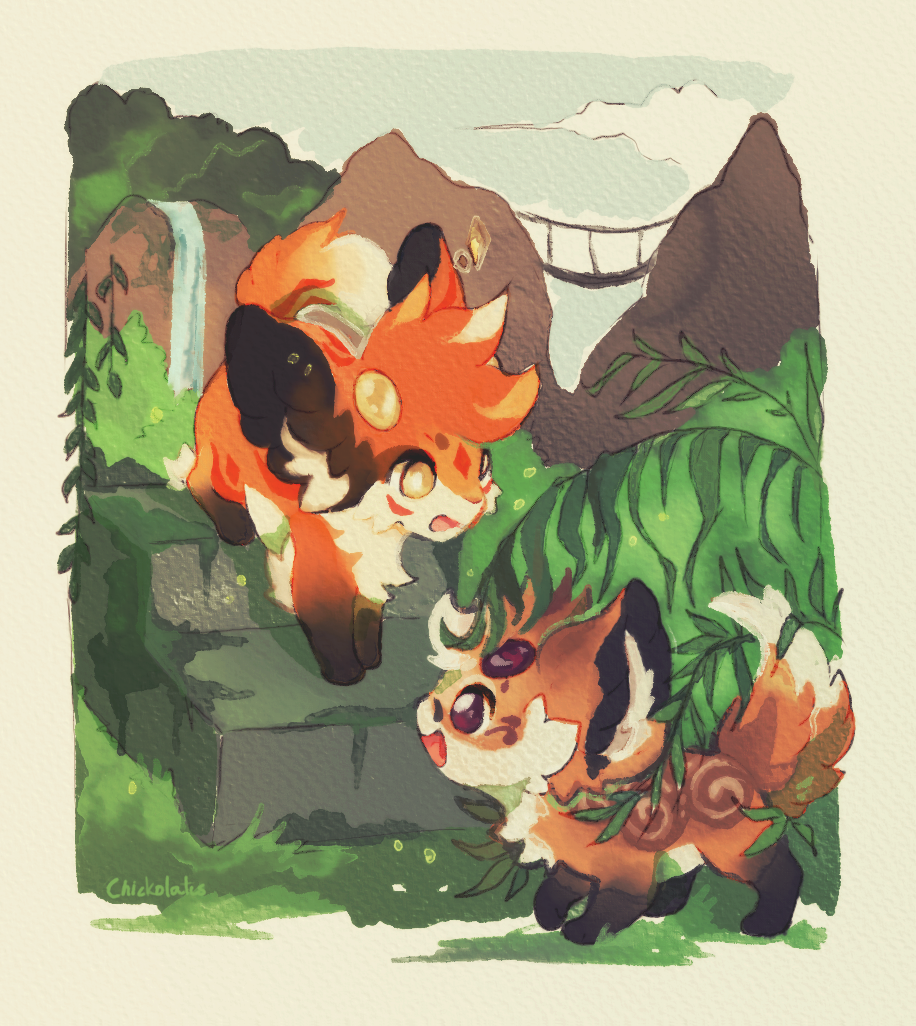