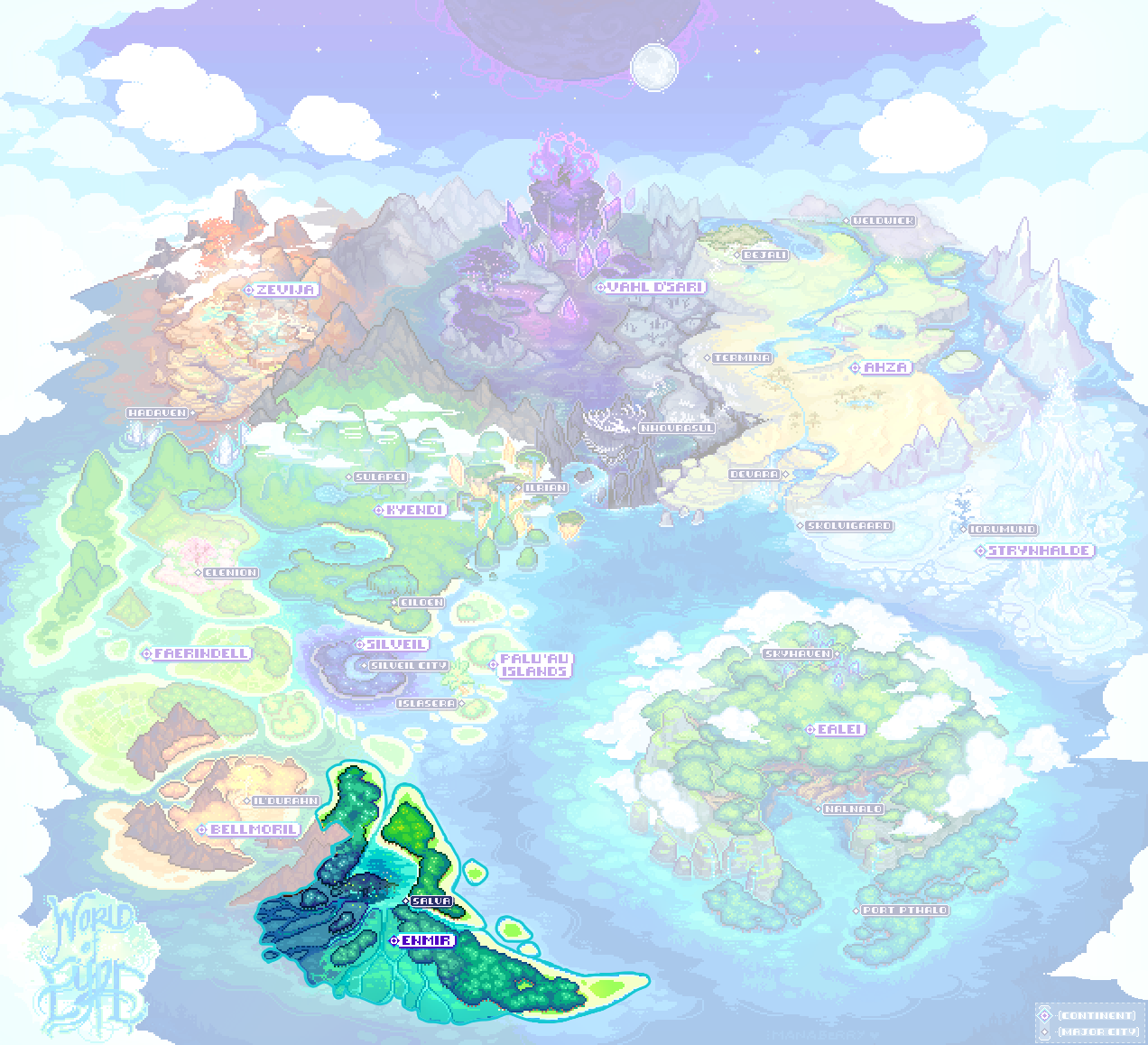 Population Density: Middling. Most people tend to stay away from the swampy reaches of the Shaedmoor, but the large stretch of eastern wetlands referred to as the Cindermarsh is actually quite lovely. There are many small towns and villages scattered throughout Enmir, but there are no major cities established aside from the city of Salva.

Border Policies: Open. However, due to being fairly isolated, the people in Enmir can tend be a bit superstitious and distrustful of fancypants outsiders.

Notables: Enmir is full of valuable alchemic and herbal resources, and is known for developing some of Eyre's most powerful medicinal concoctions. (Also its most powerful hallucinogens, but no one talks about that). There are two major regions within Enmir: The mild and somewhat humid tracks of open marshland called the Cindermarsh, and the darker, more sinister swamps of the Shaedmoor where the rivers are choked with muck and gloom. 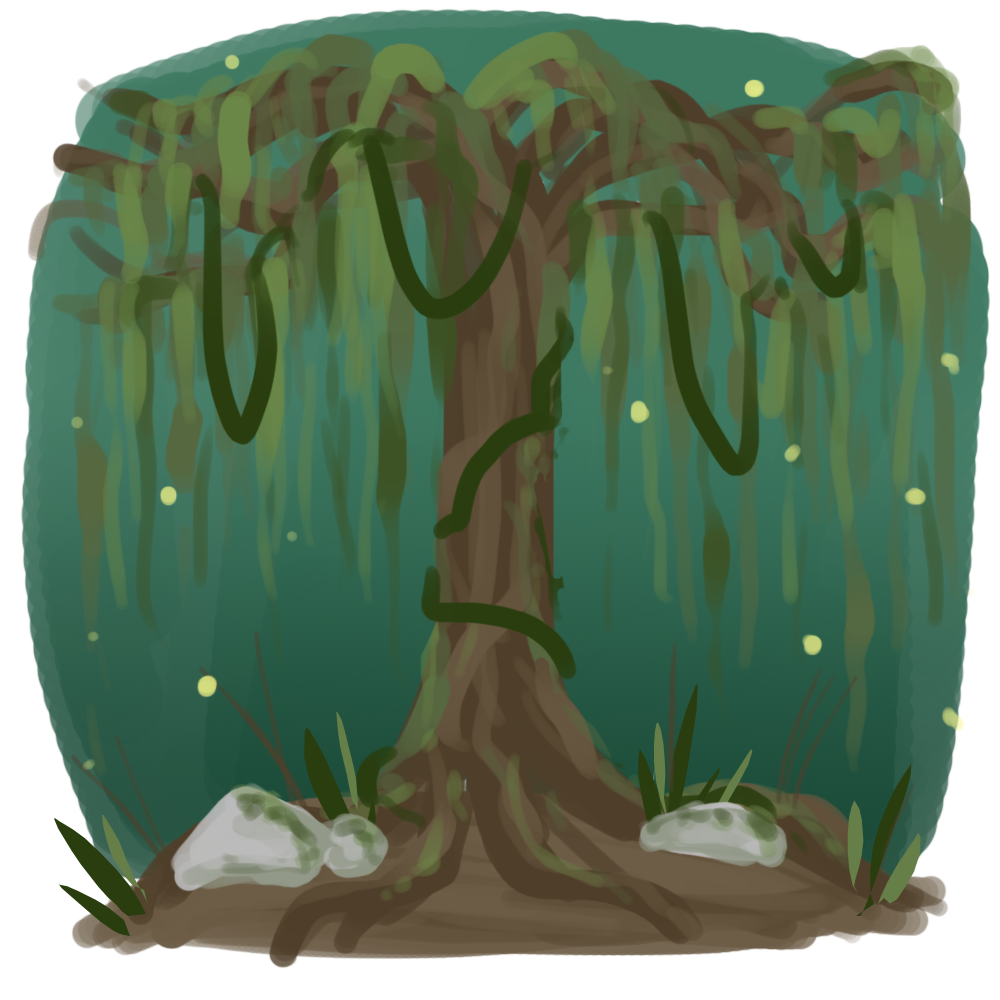 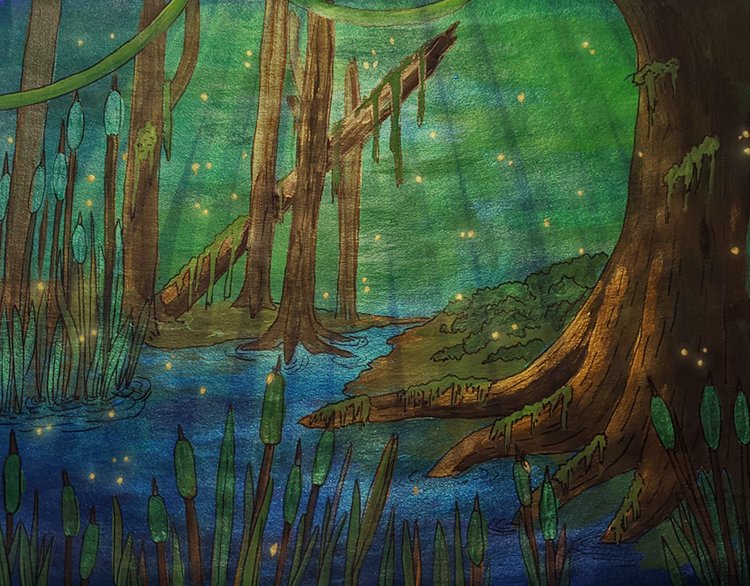 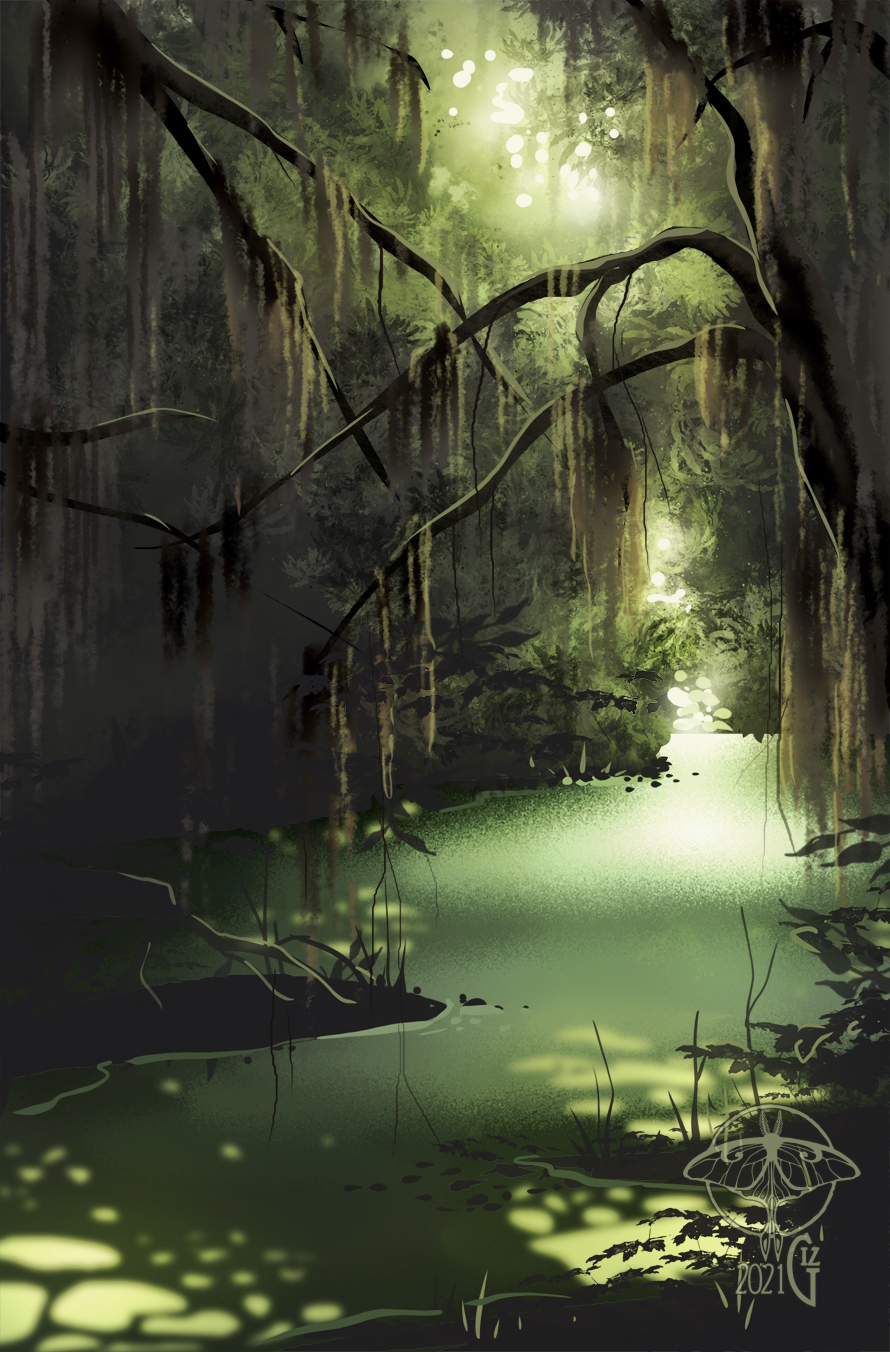 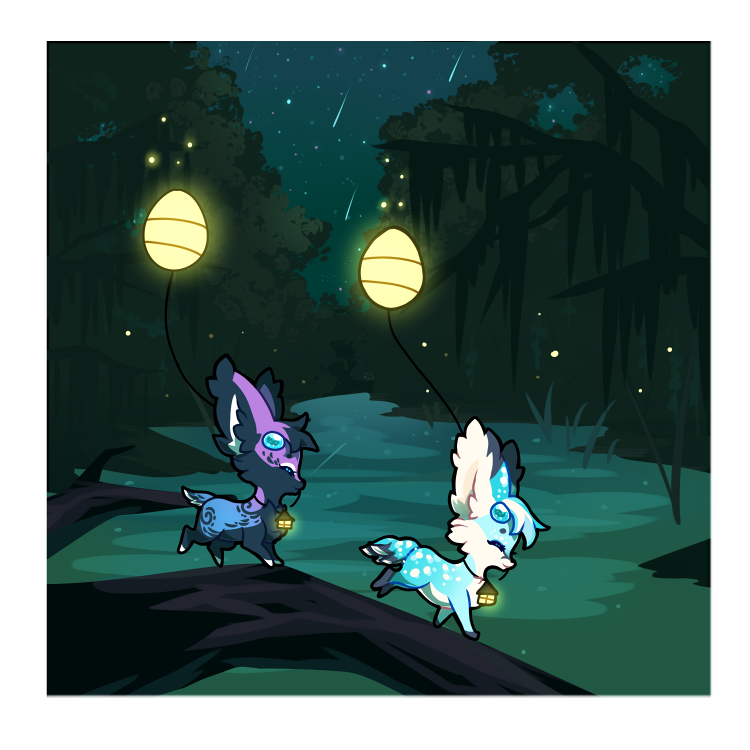 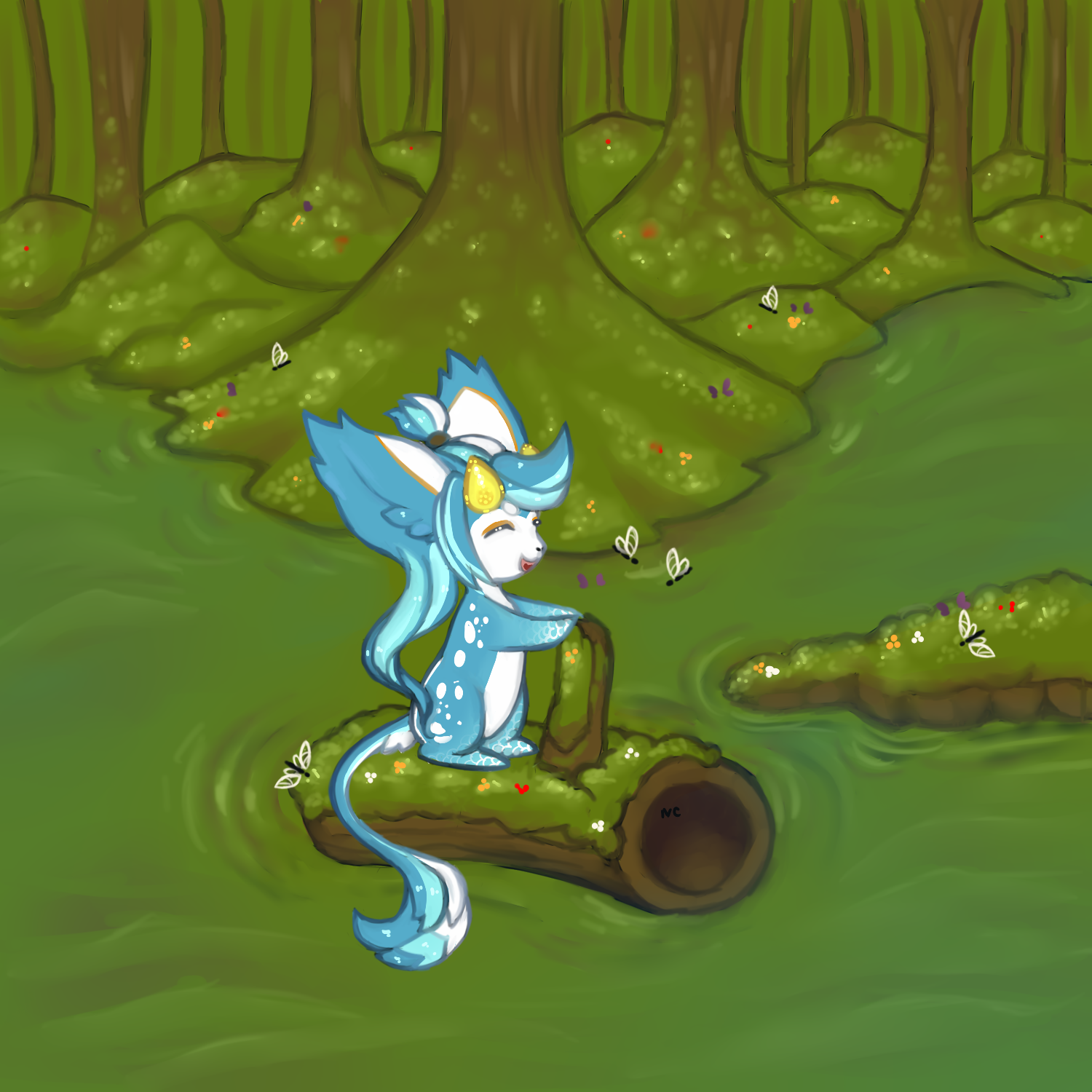 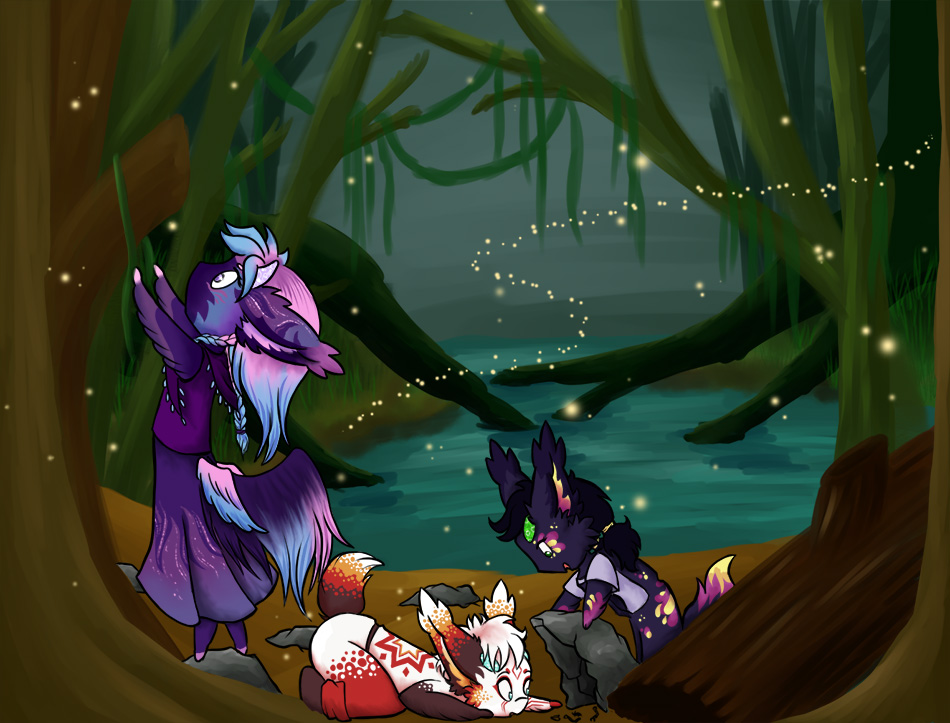 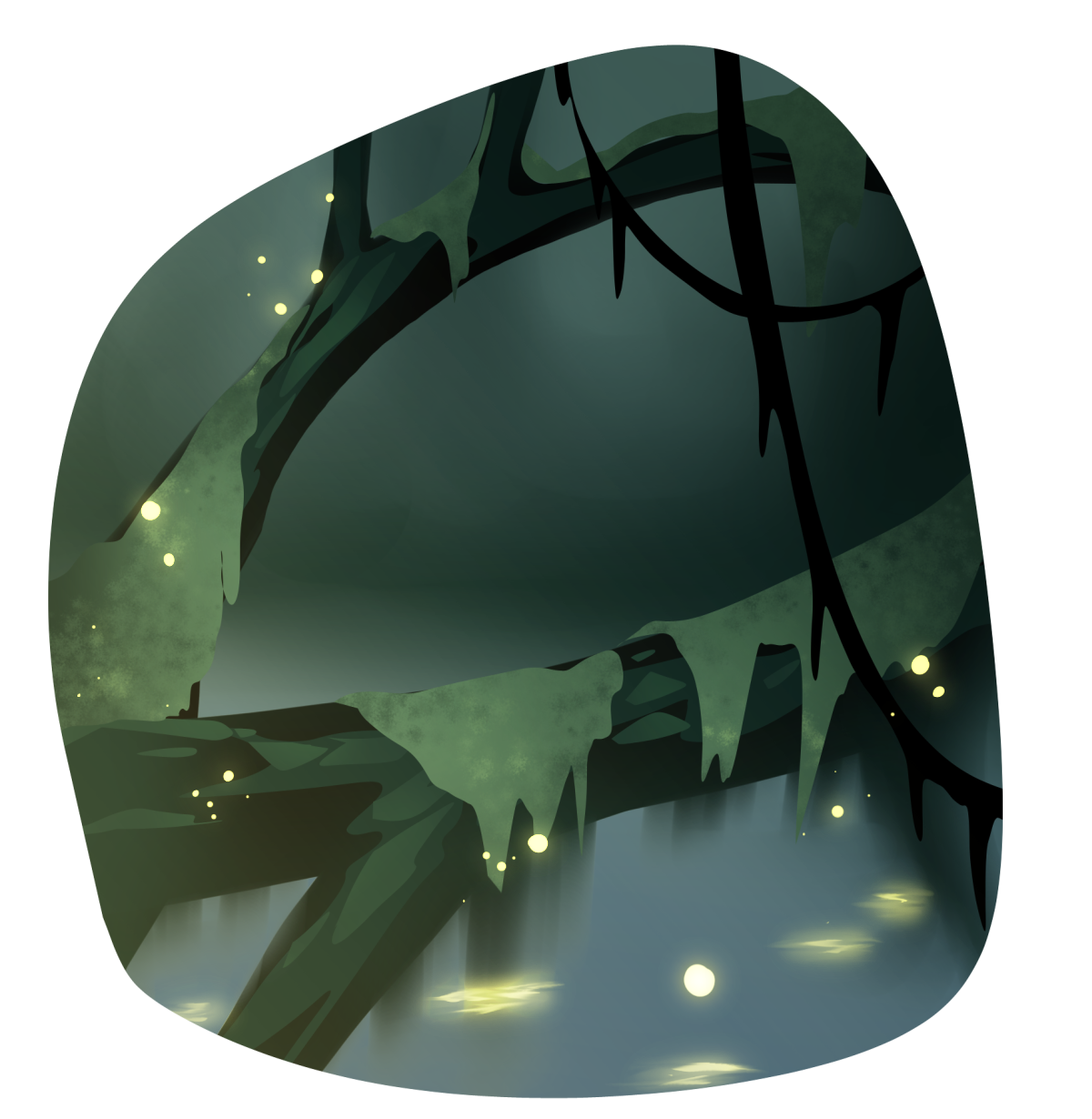 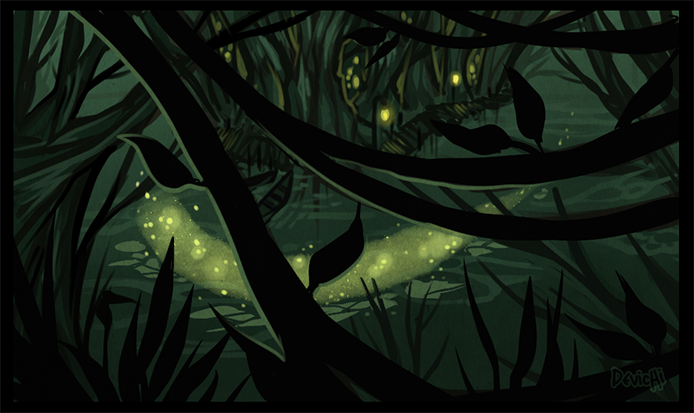 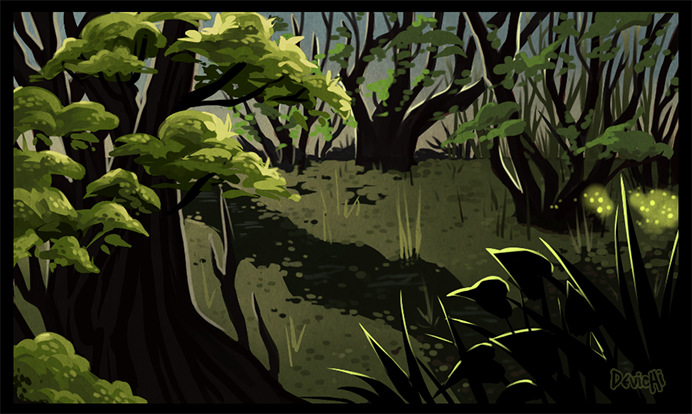 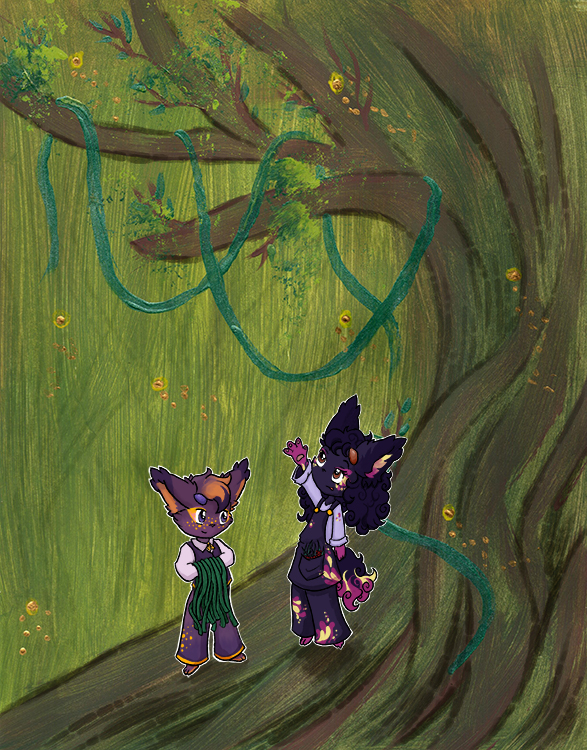 Be careful of overlap with: Kyendi, Faerindell, Ealei! Be sure to add swampy/marshy features like overgrowth and hanging tree moss! And bugs, lots of bugs. 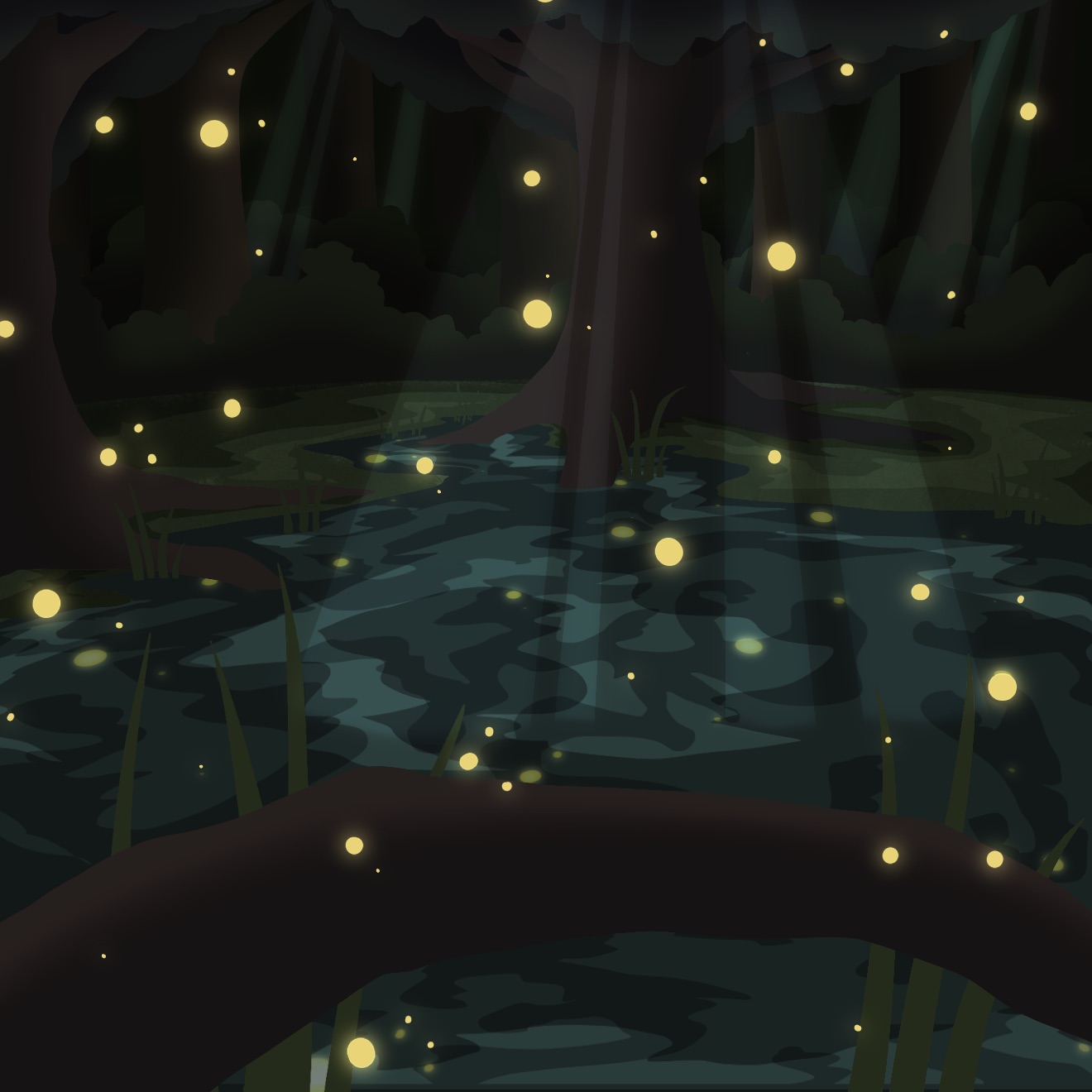 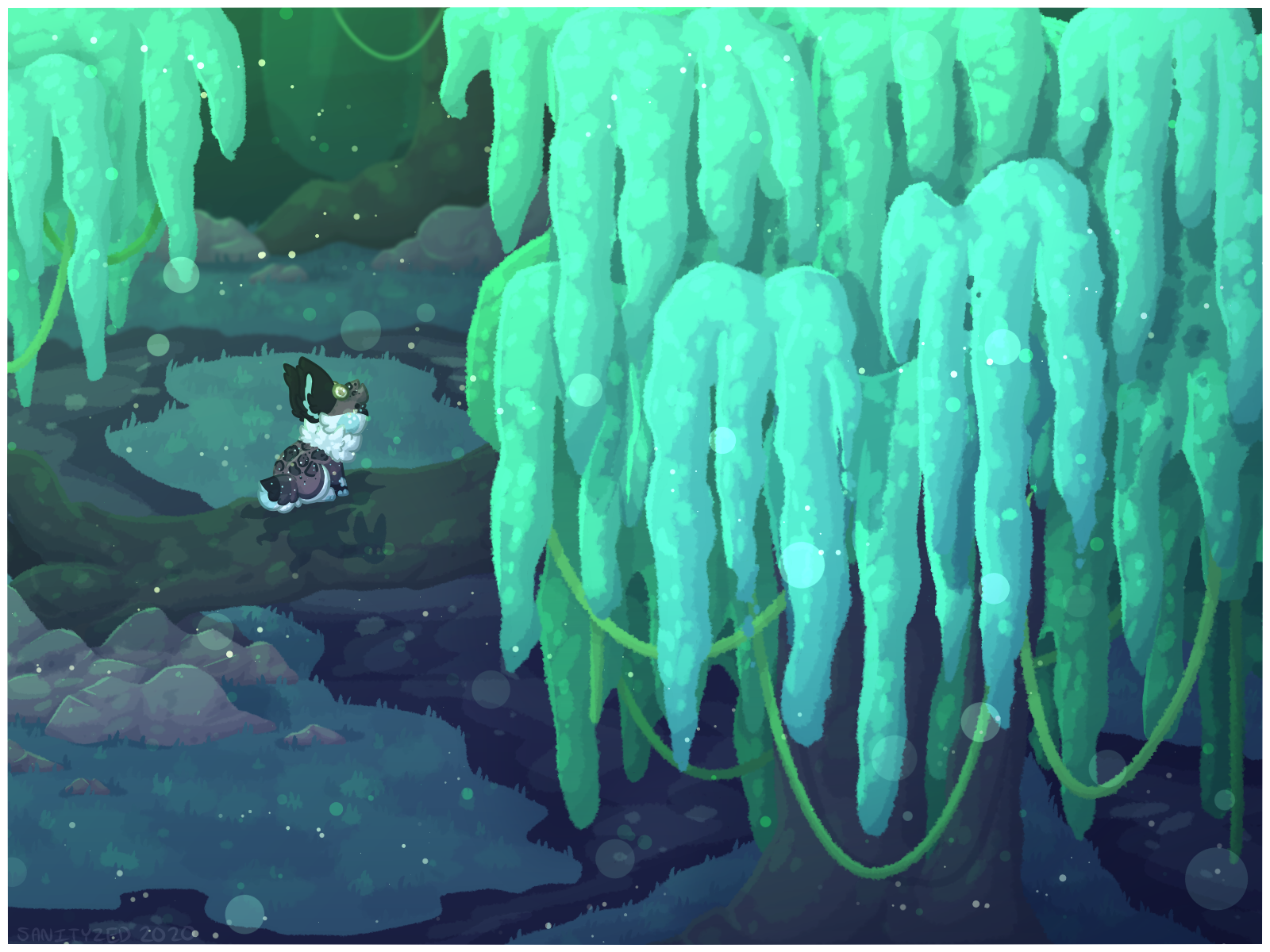 Lots of Fireflies and Bugs

Be careful of overlap with: Silveil (bioluminescence)! Be sure to add swampy/marshy features like overgrowth and hanging tree moss! And bugs, lots of bugs. 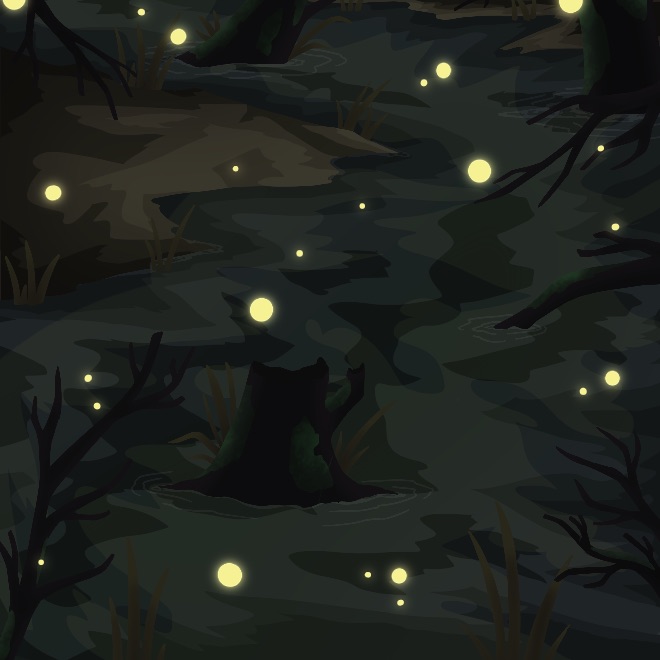 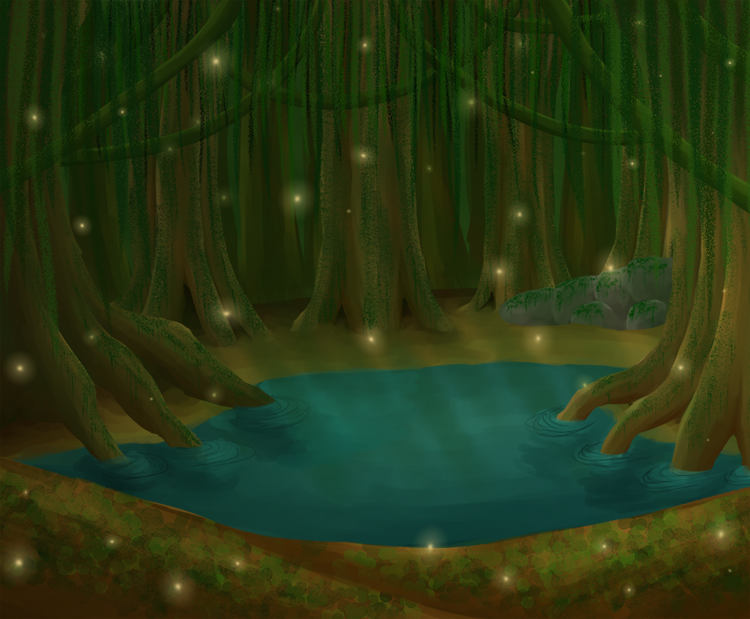 Be careful of overlap with: Faerindell, Kyendi, Ealei! Set your scene in a marsh or swamp! 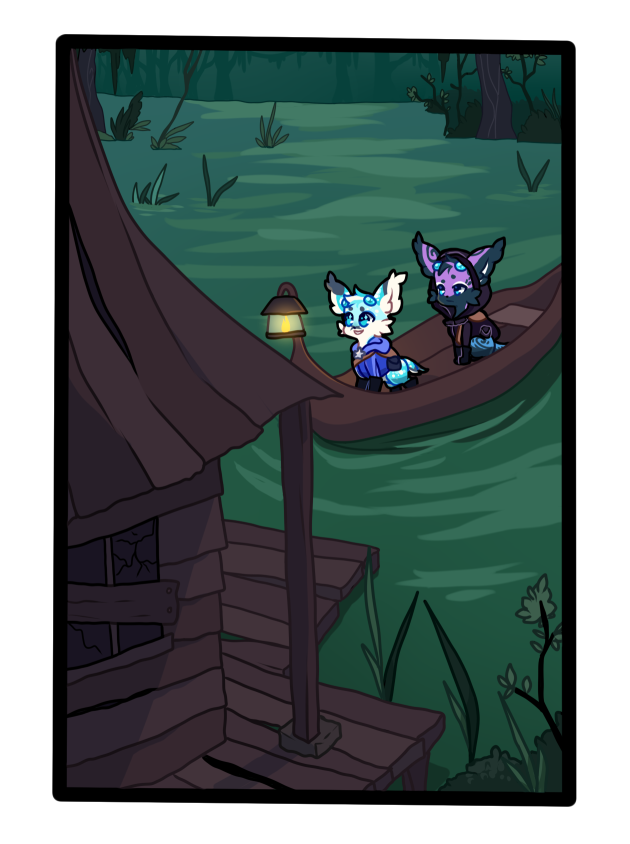 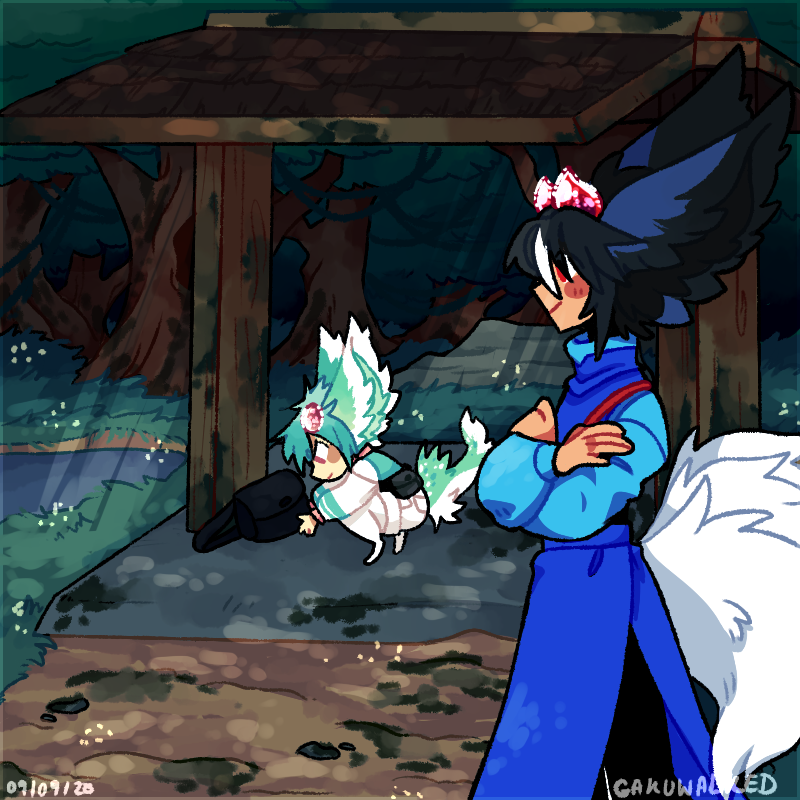 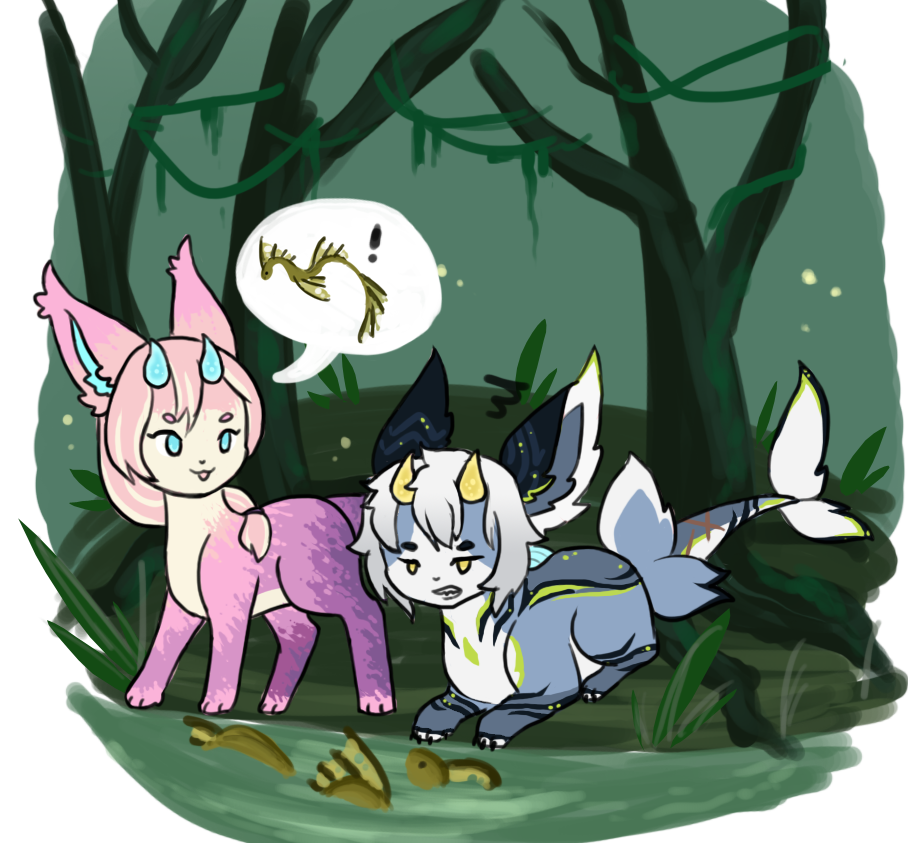 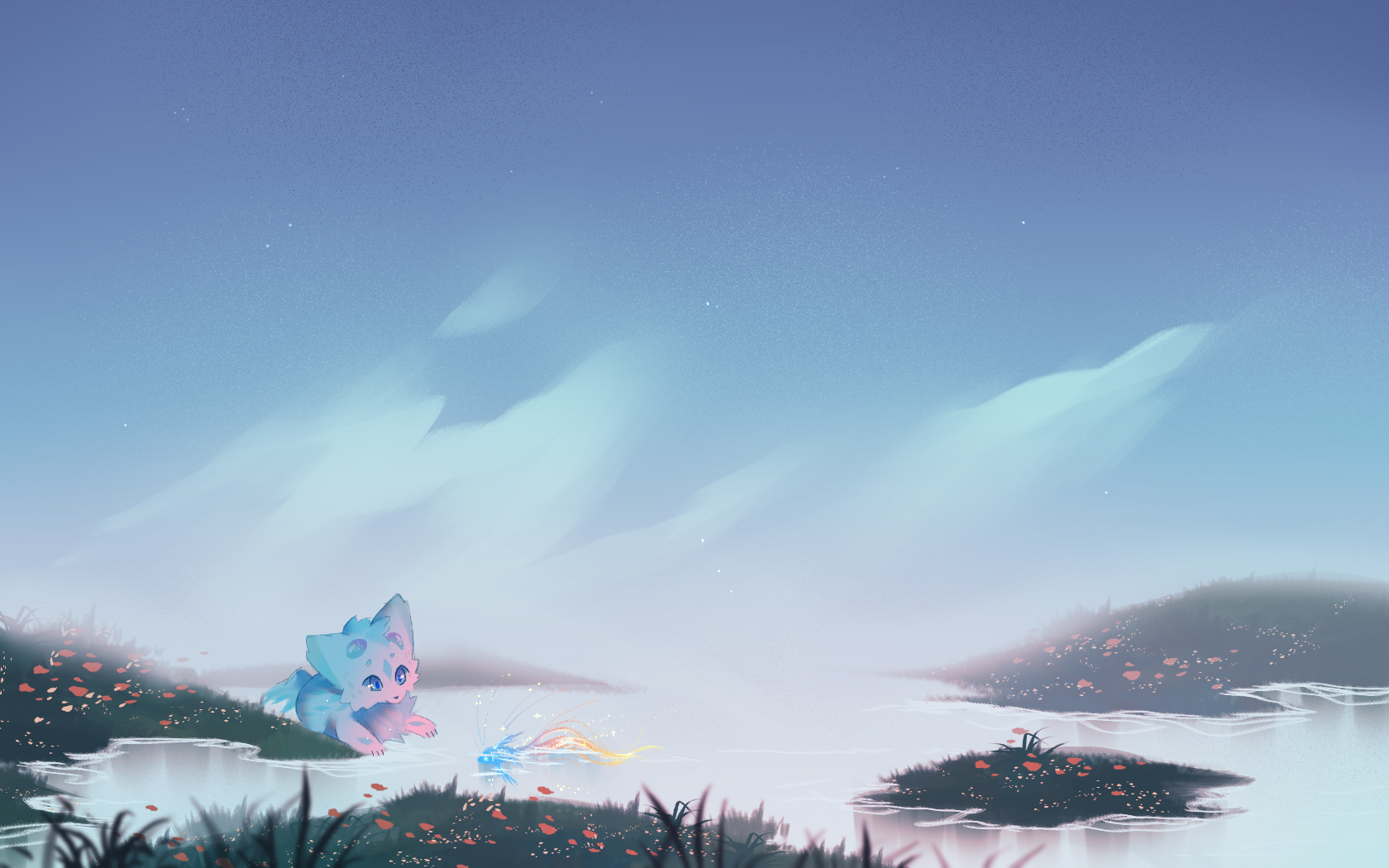 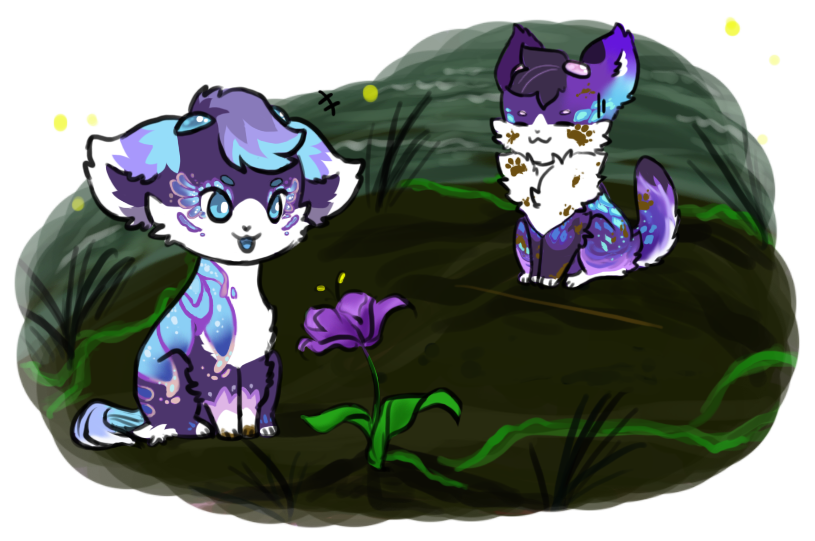 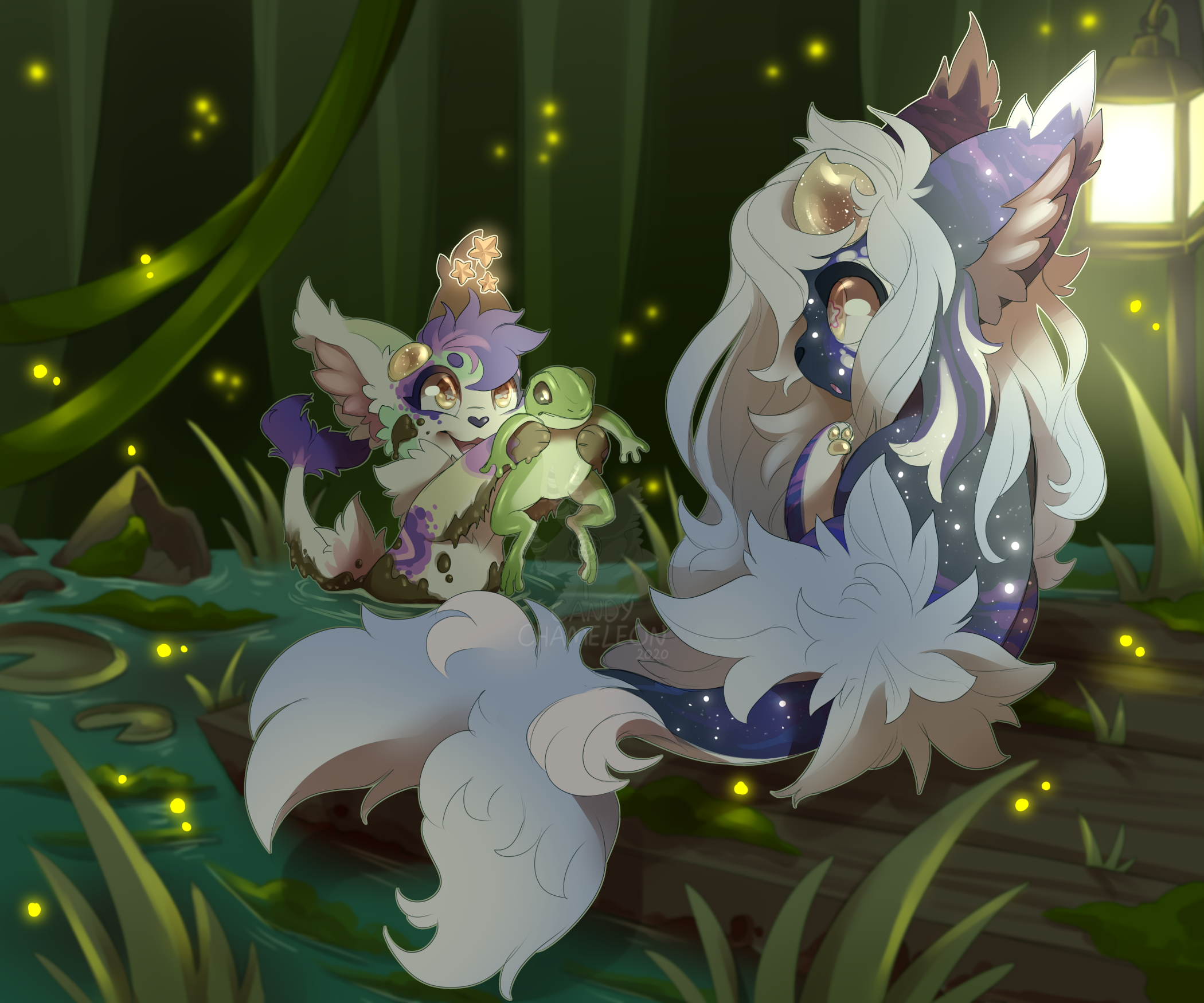