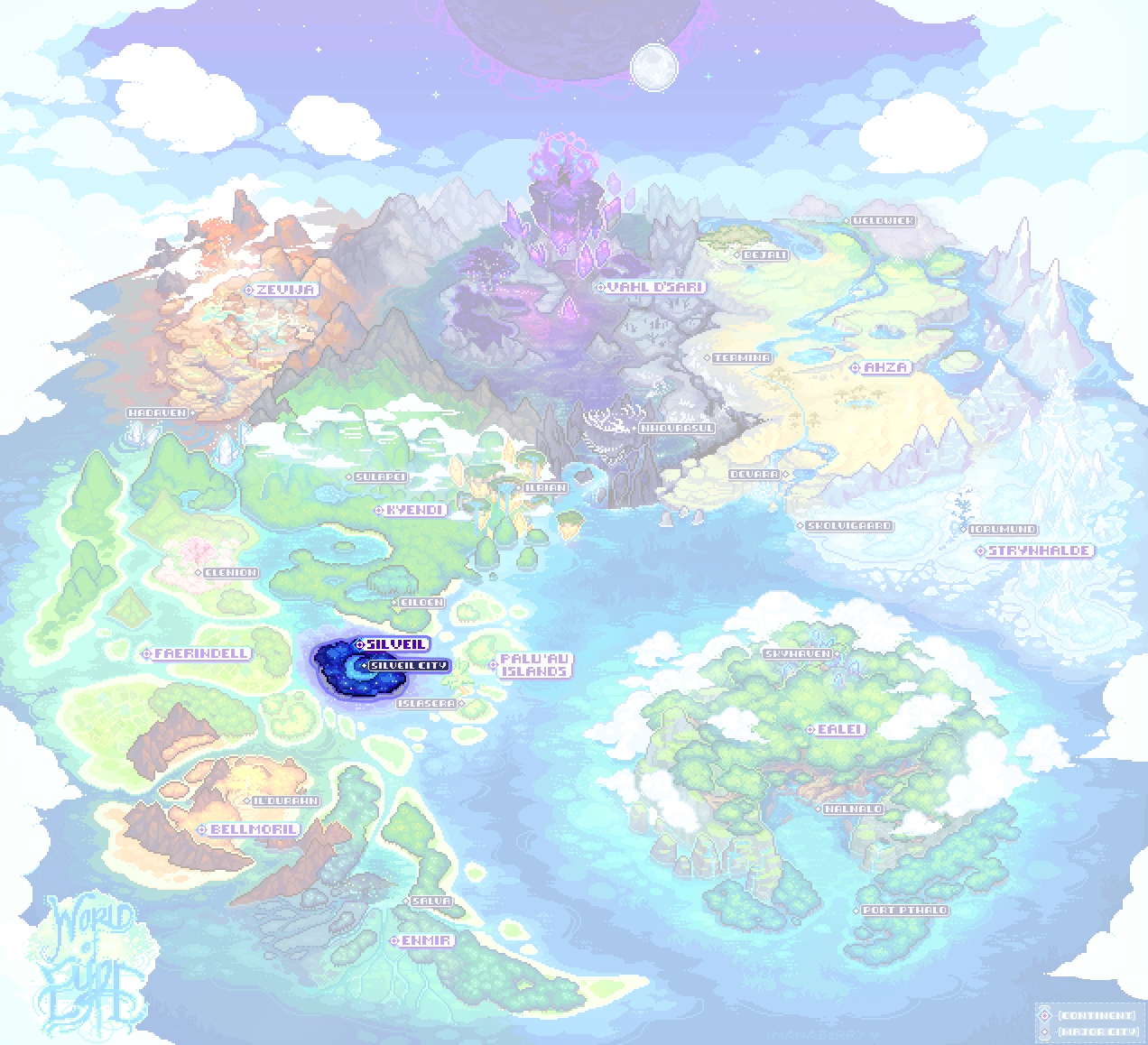 Racial Presence: All races are present in more or less equal amounts

Notables: It is always night in Silveil, no matter what time of day it actually is. Because of this, the region has become a place where people go to for nighttime activities (ie gambling, "companionship," black market perusal, etc). It's a little seedy, but Silveil City is known for being safe enough to gamble away the hours without worrying about going home with a knife in your back on top of being penniless. That's not to say the Thieves Guild that rules the region won't steal the gold from your teeth before you leave, but honestly, what do you expect?

The deep forests of Silveil are altogether something different. The eternal night here has given the forests a dreamlike quality, full of a myriad of bioluminescent flora and fauna. The glow and winking lights of fireflies and mushrooms almost distracts from the secretive and dangerous nature of the things that hide in the shadows-- almost. It is a foolhardy person indeed who strays from the well-marked paths through the forests of Silveil.

The Starlake is an unusual phenomenon in that it contains Silveil's eldertree. The tree, a dark mass of branches and starlight, grows down into the water from beneath the base of Silveil City. When viewed from the bank across from the city, it almost looks like a reflection on the water of a tree that isn't there. The "stars" that glitter in the boughs of the submerged tree are actually a tiny species of jellyfish that exists only in Silveil. They are mostly harmless but poisonous to eat, and so were left to proliferate undisturbed in the depths where they create a vision of starlight captured in the water.

Silveil is always nighttime but what about the edge of the boundaries? Well, those boundaries are surrounded by a ring of twilight. If you take a look at the world map, you'll see a light purple boundary around the Silveil (on the edge of the shore and on the water around the region). It is these areas that are shrouded in twilight rather than nighttime or the daytime of other regions.

Artist's note: Silveil is pretty much the Vegas of Eyre xD

Silveil is always shrouded in night, but night does come naturally to other places on Eyre. Don't rely on it too heavily by itself to place your setting! If you do a night scene, try to give it some oomph, make the night sky really pop (the skies above Silveil have some of the most breathtaking galaxy effects!), add "stars" or glow to water features (Silveil has glowing jellies and other bioluminescent aquatic life), or add some glowing mushrooms or trees! Just try to give it something to set it apart from just another night anywhere else in the world.

The eldertree that anchors Silveil is upside down, submerged in the lake beneath Silveil City, dark tree with a canopy full of "stars". 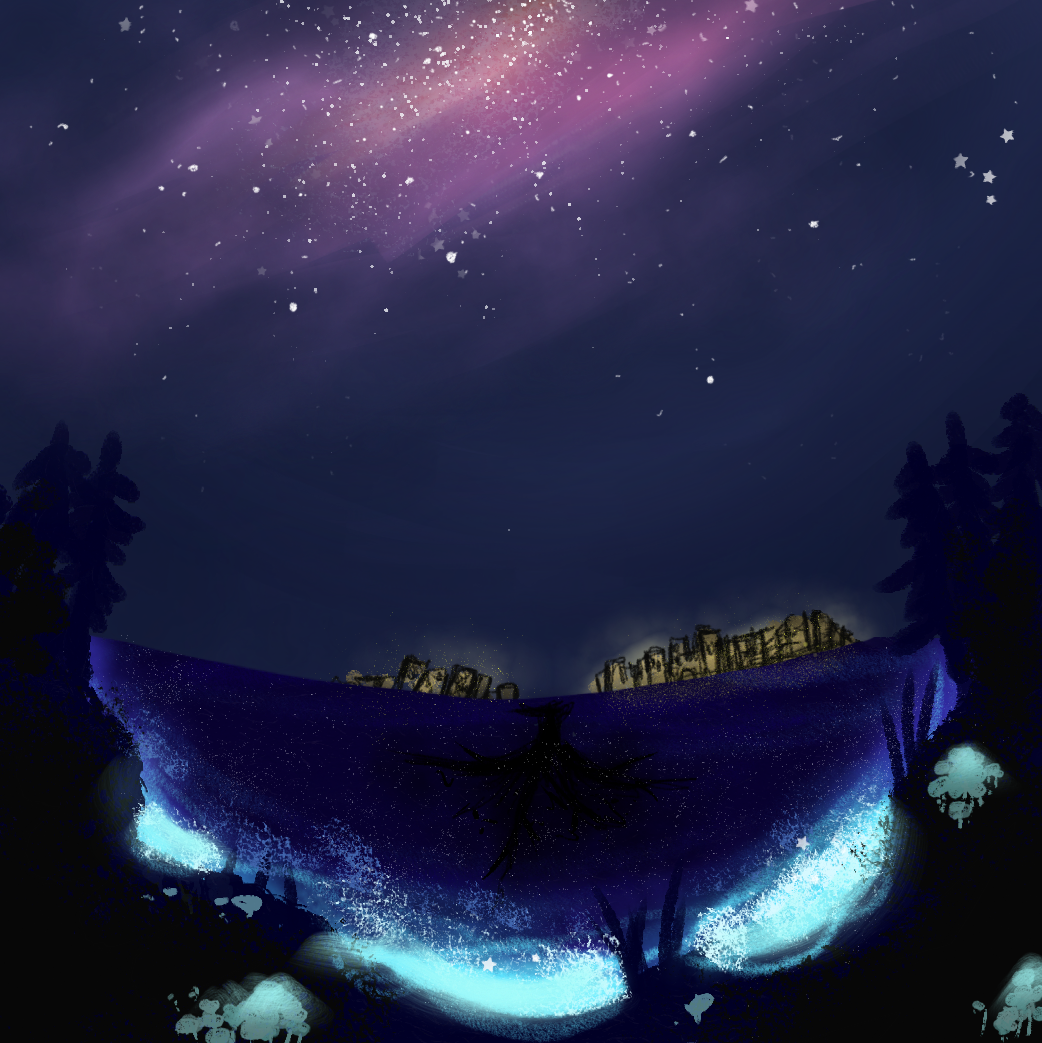 Forests are dark but full of glowing plants and mushrooms. 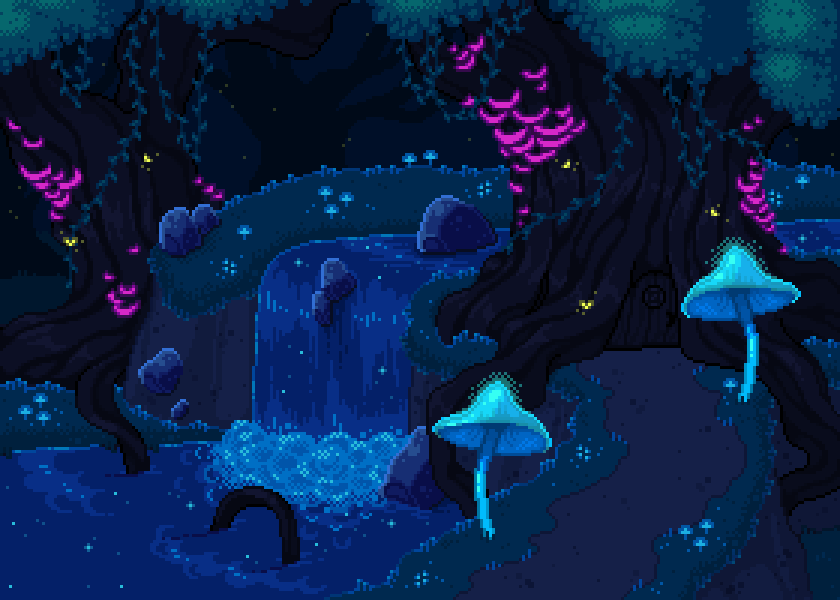 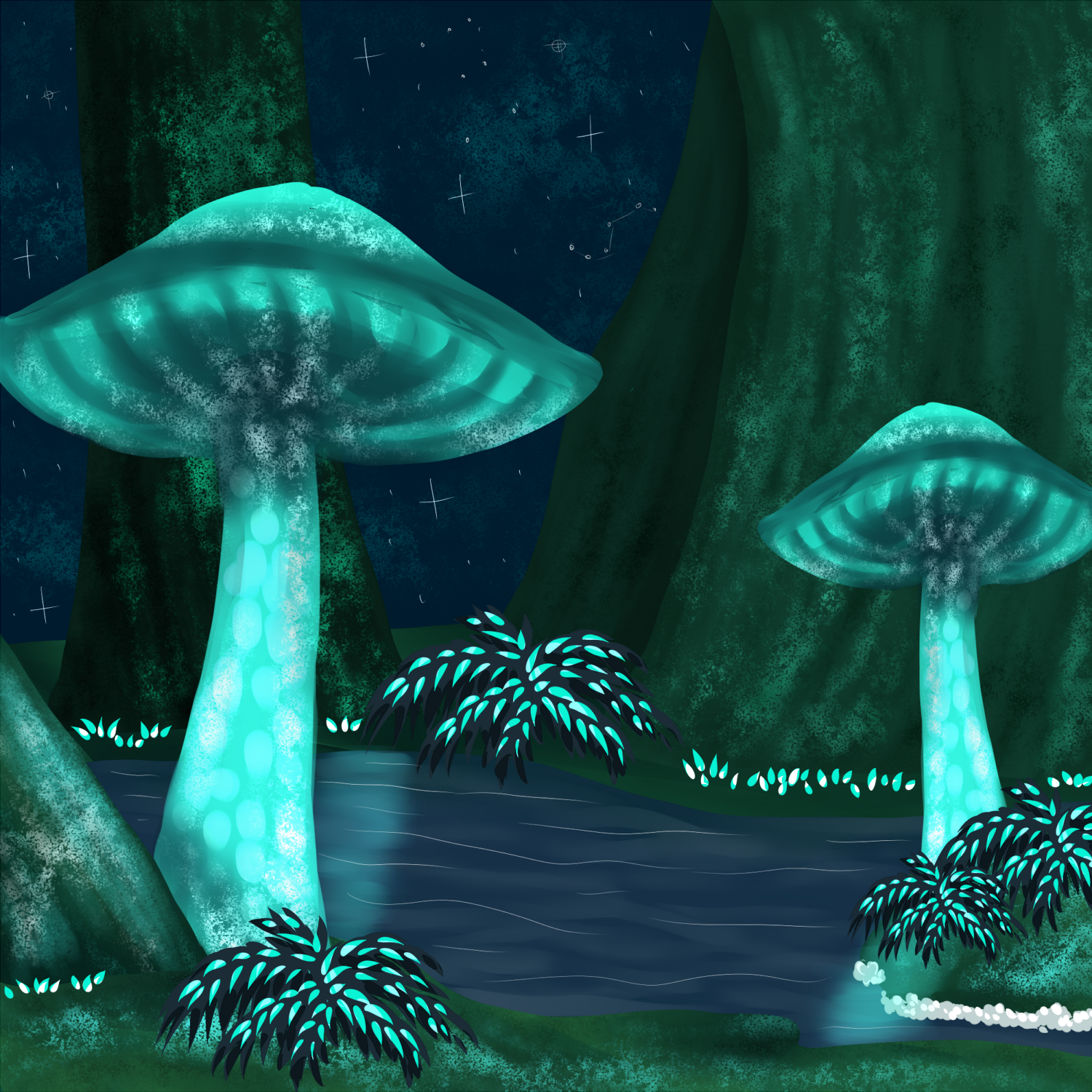 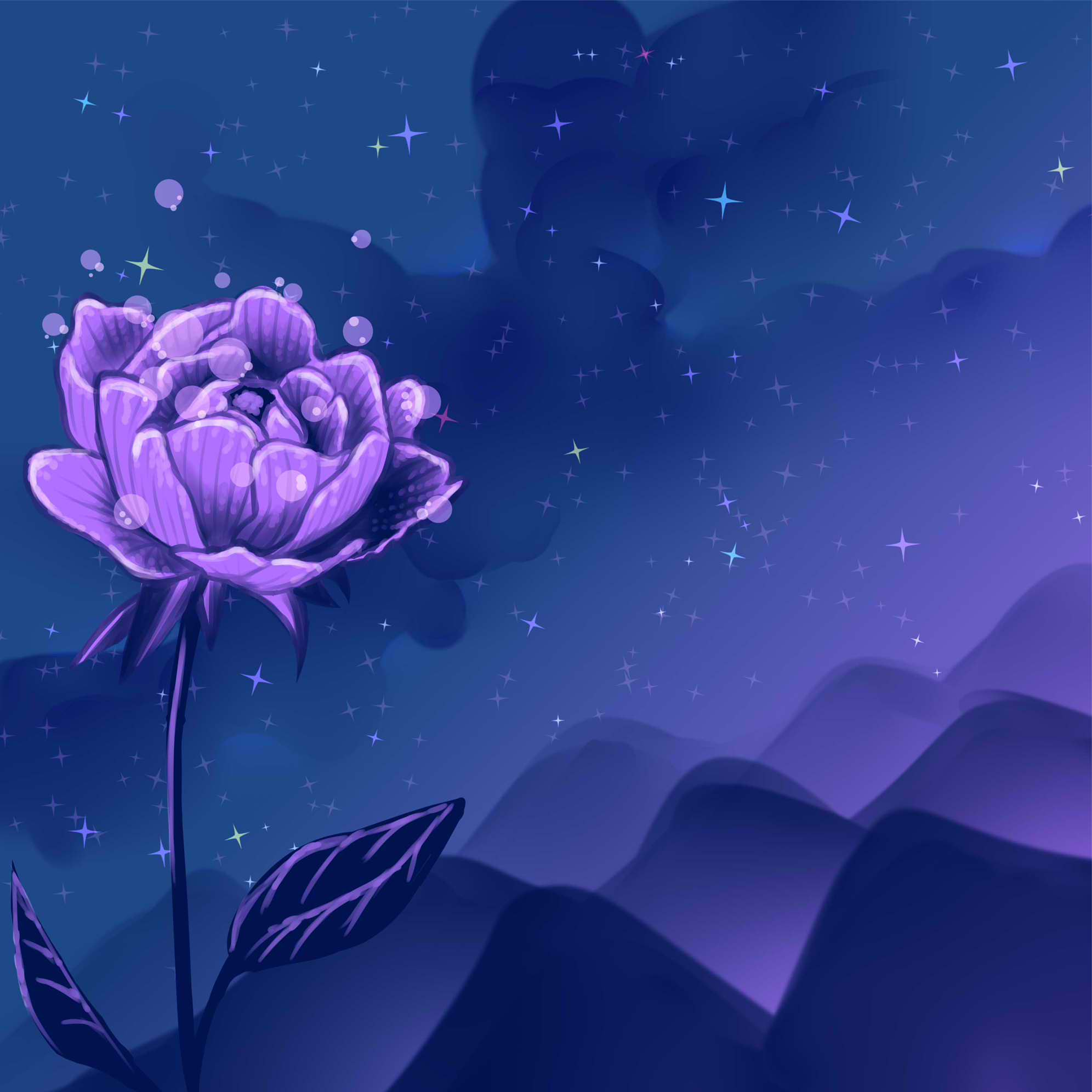 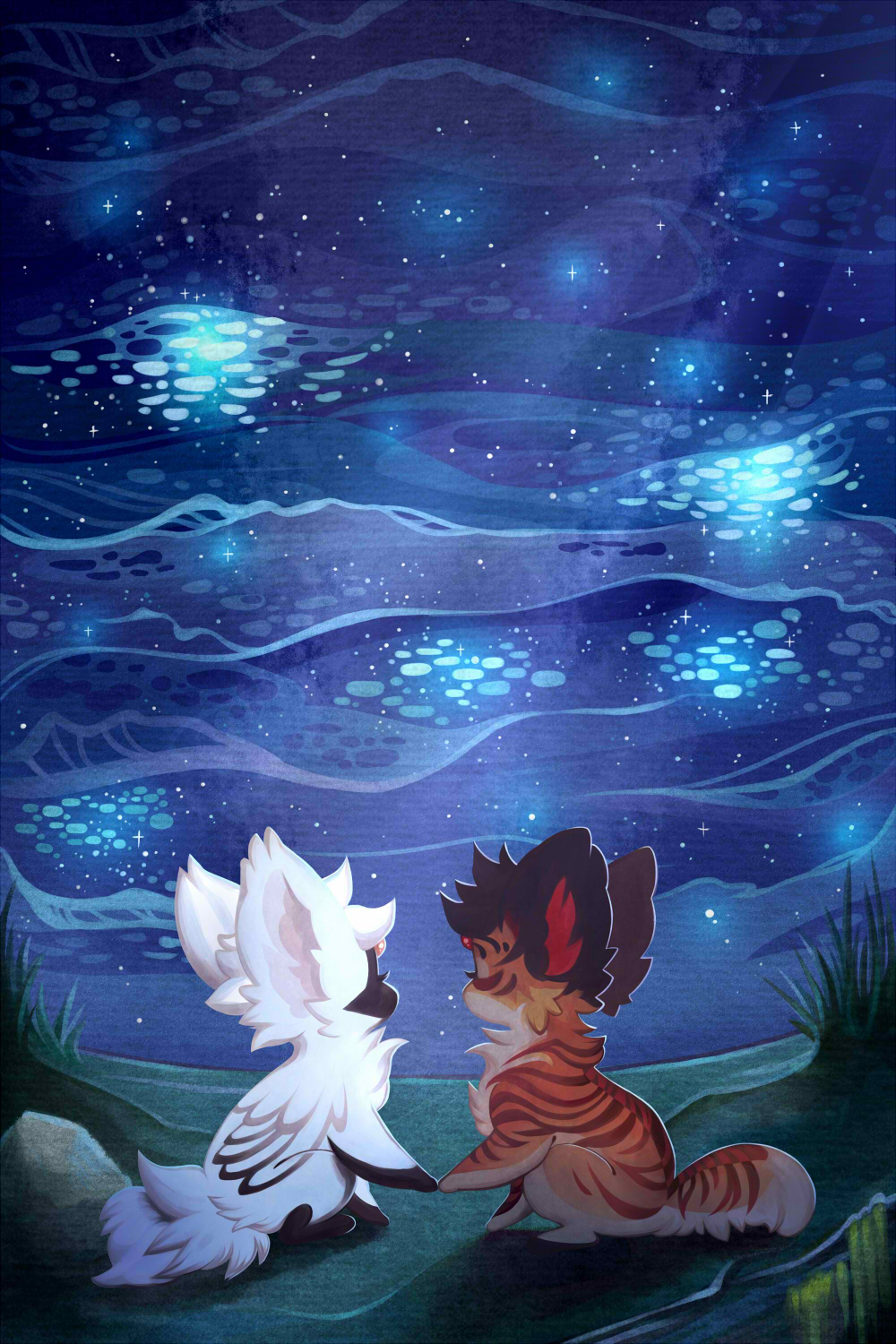 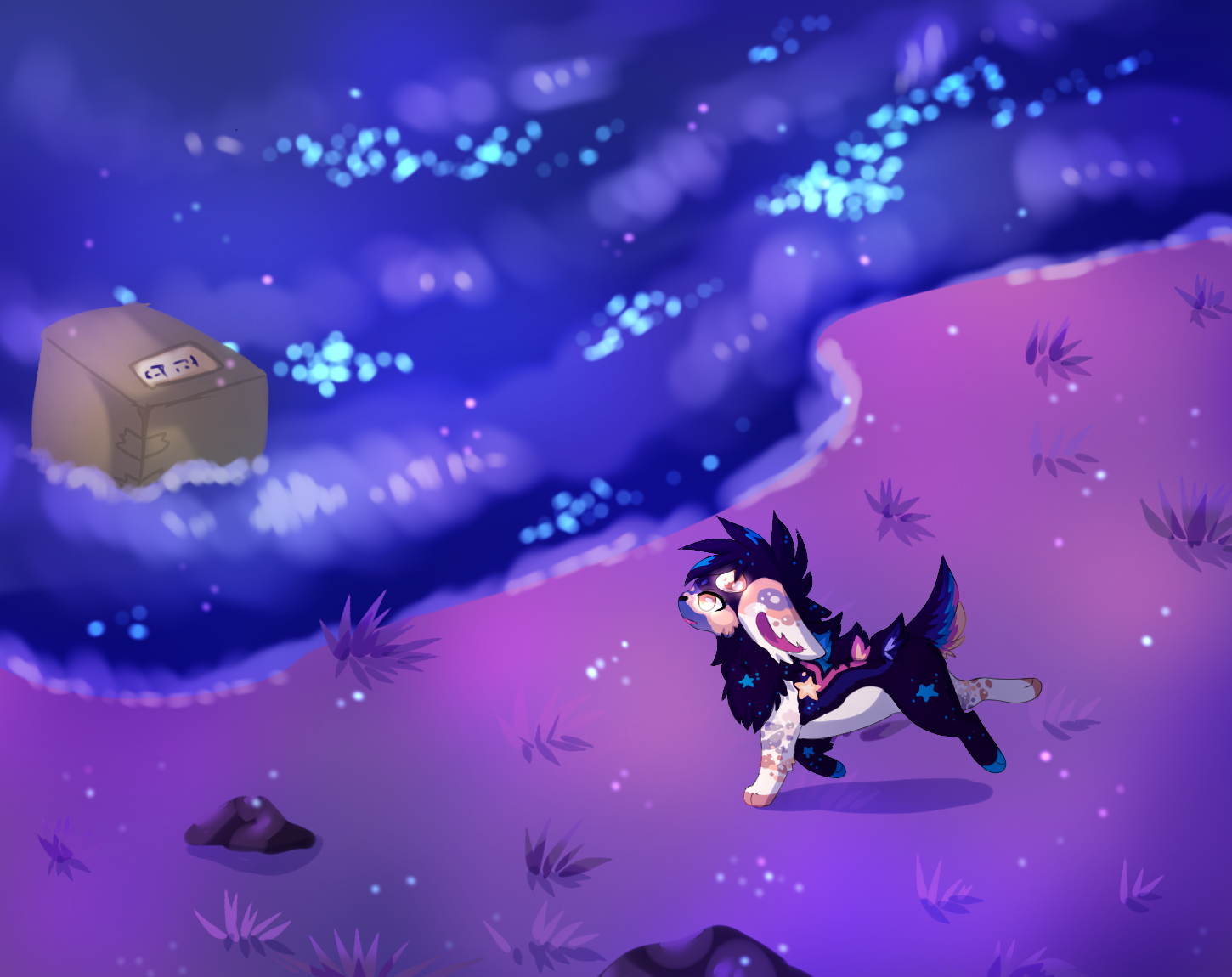 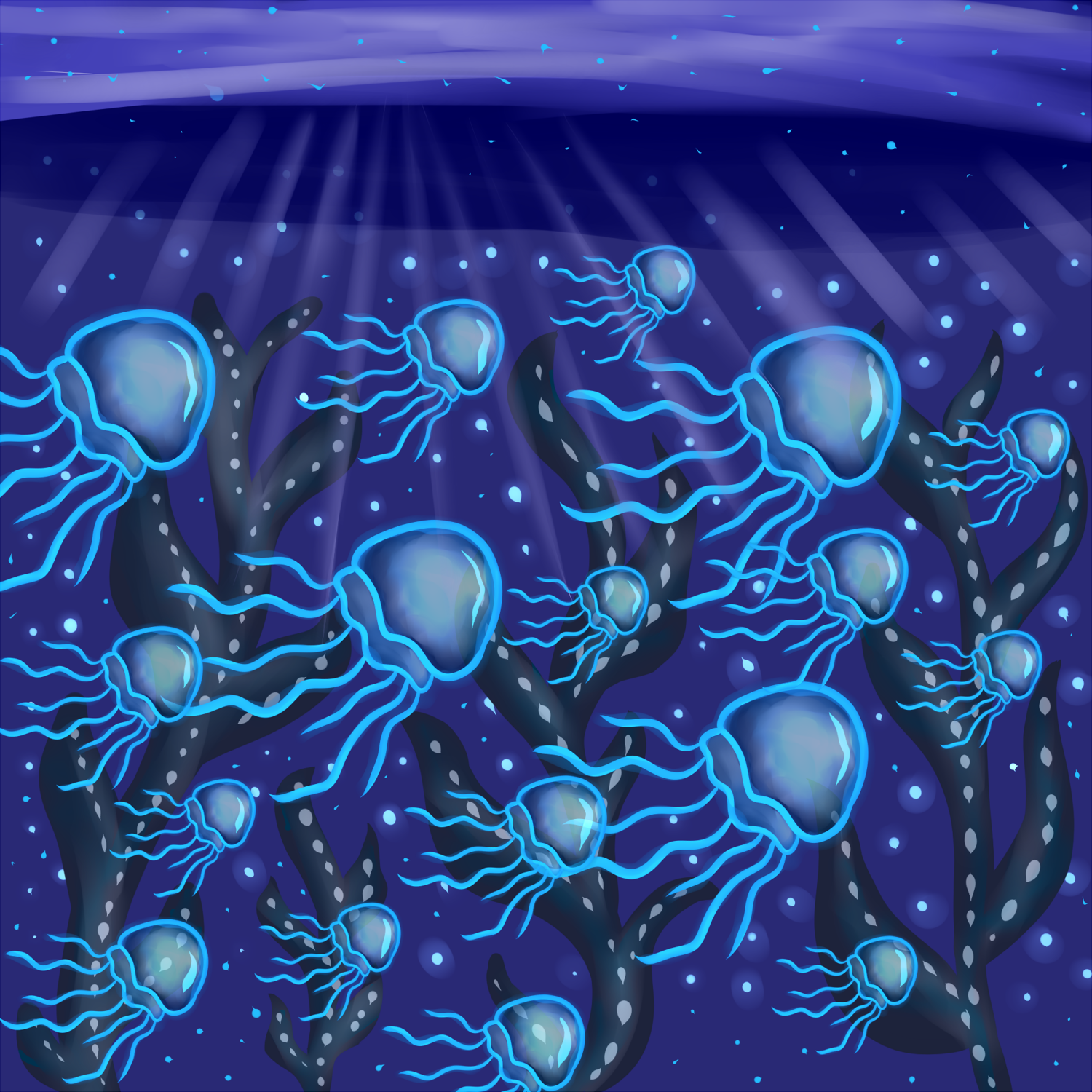 Be careful of overlap with: Nighttime scenes set in other regions! Be sure to add bioluminescent plants/mushrooms and intensely starry skies! 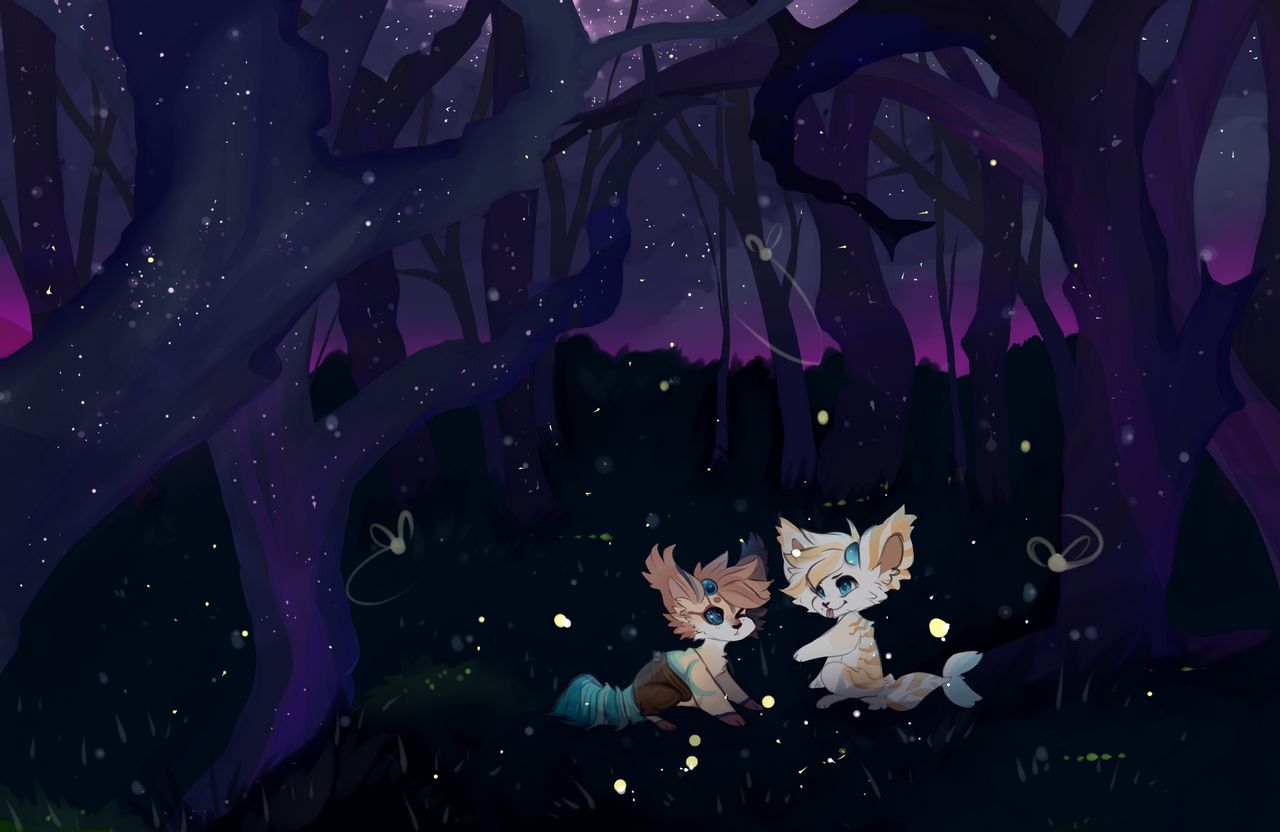 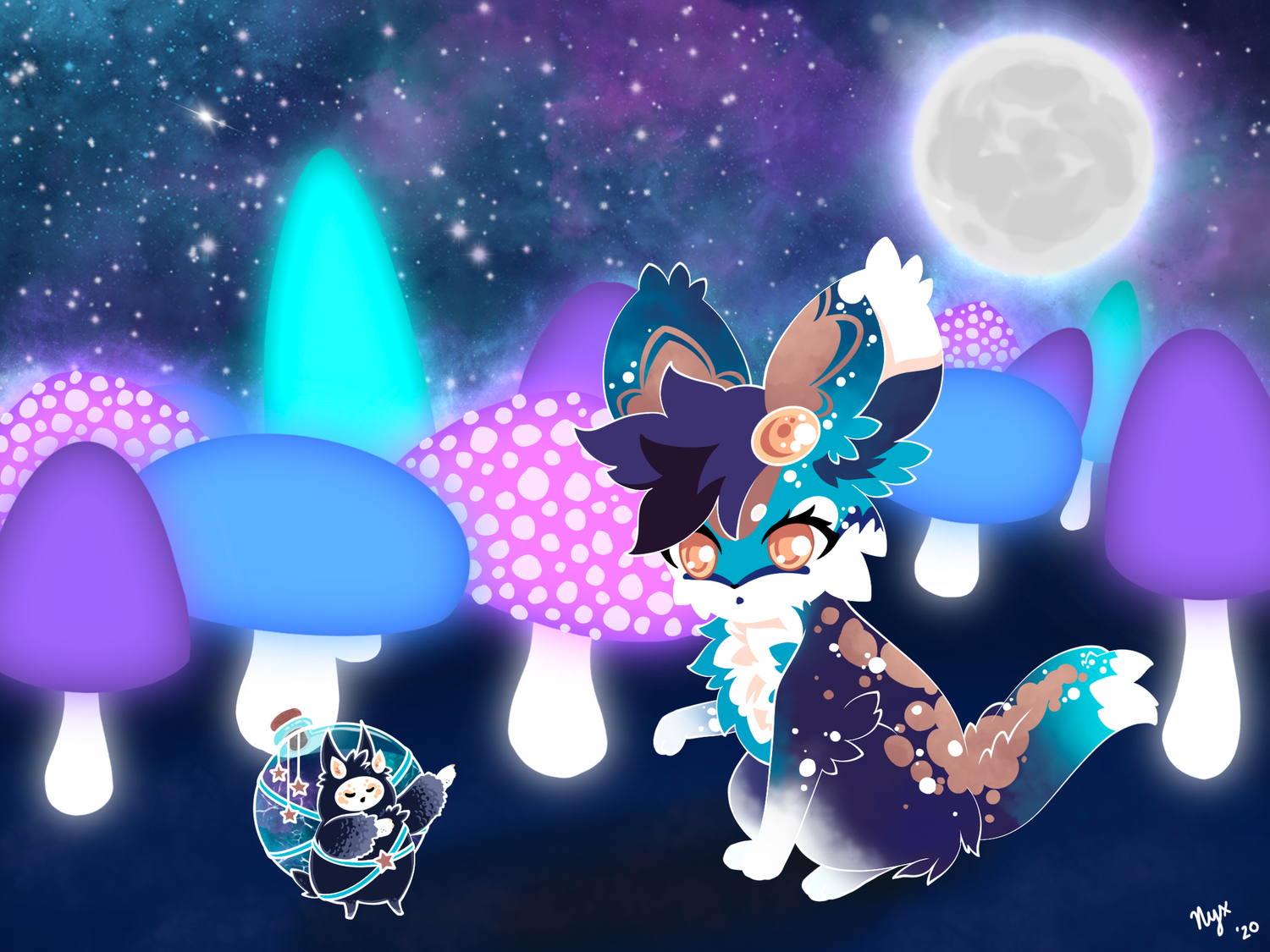 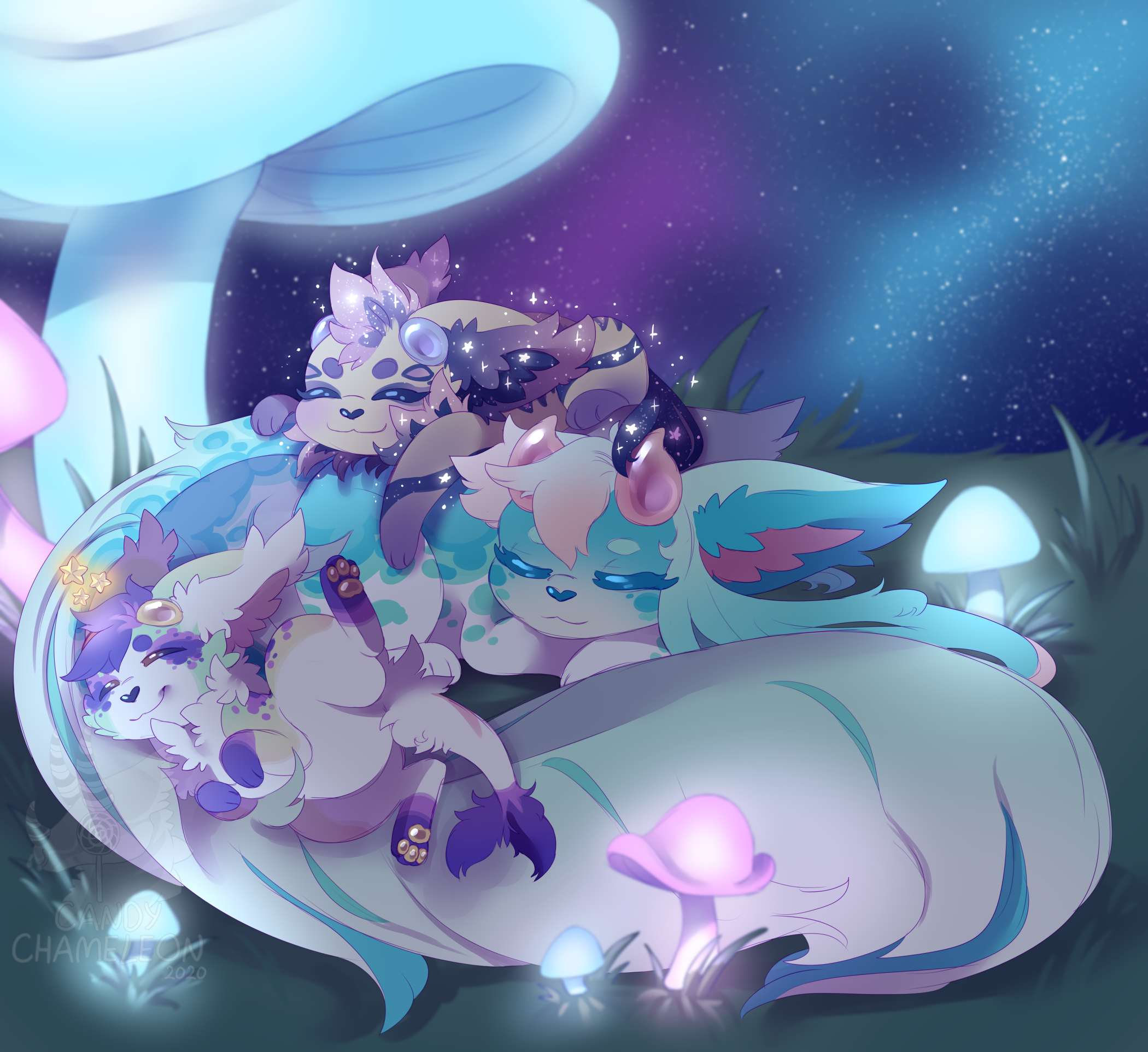 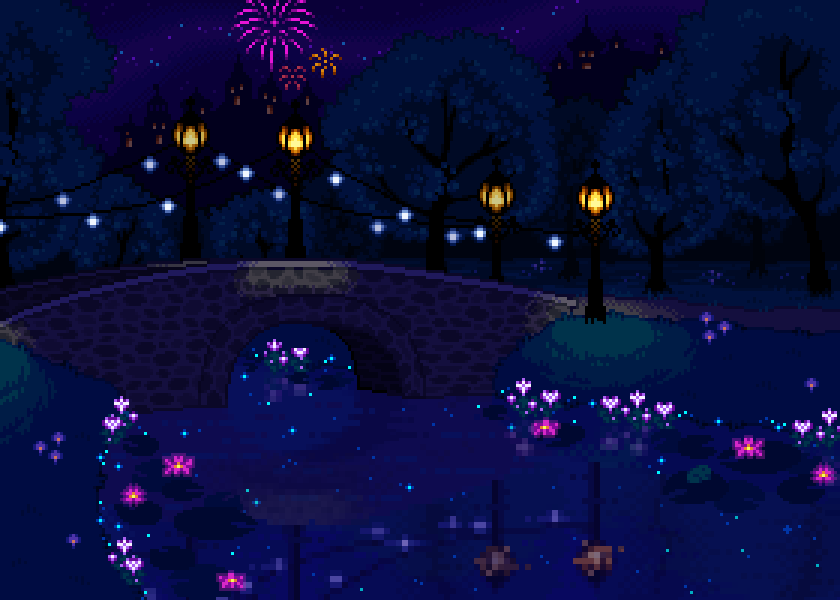 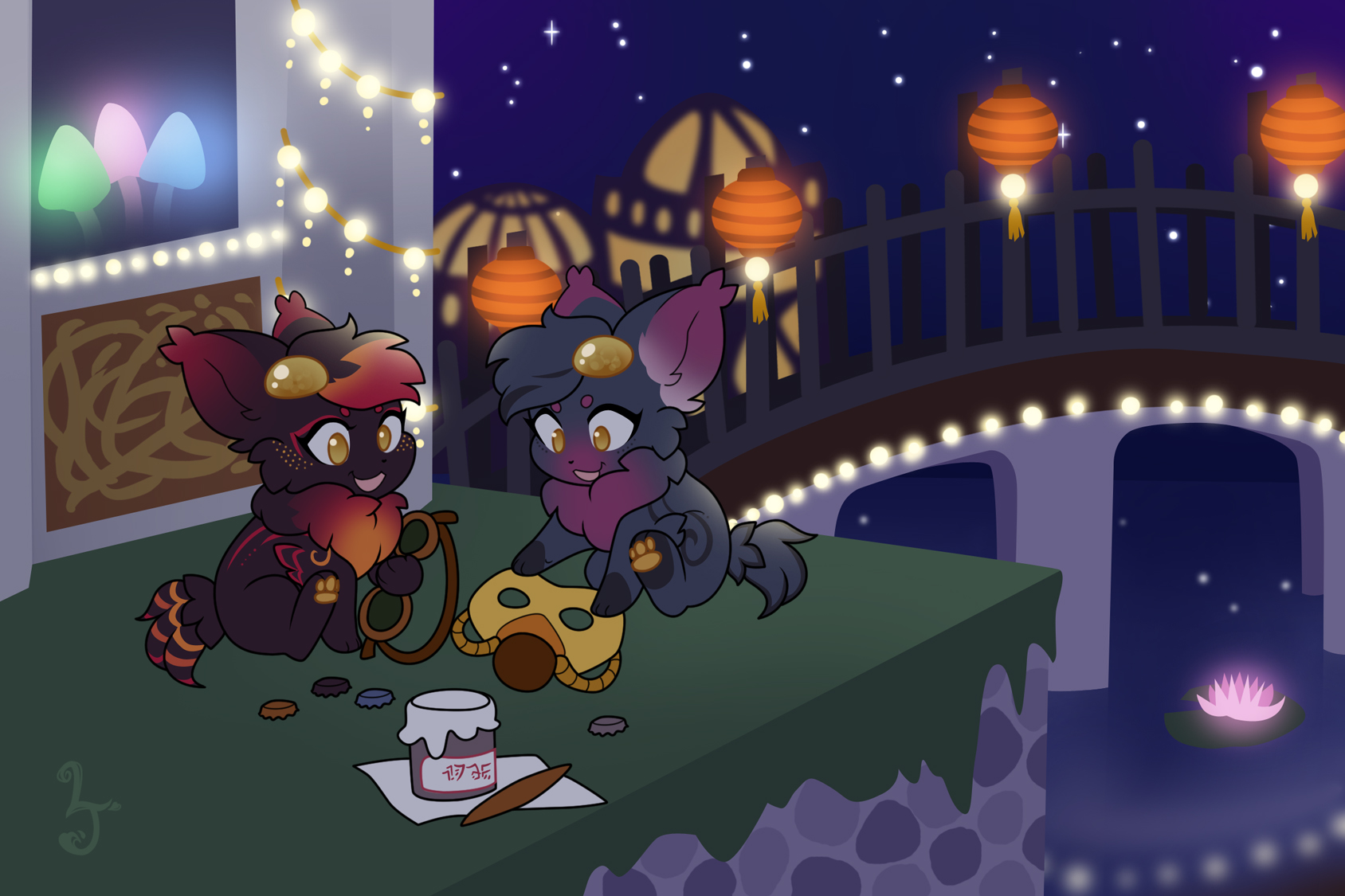 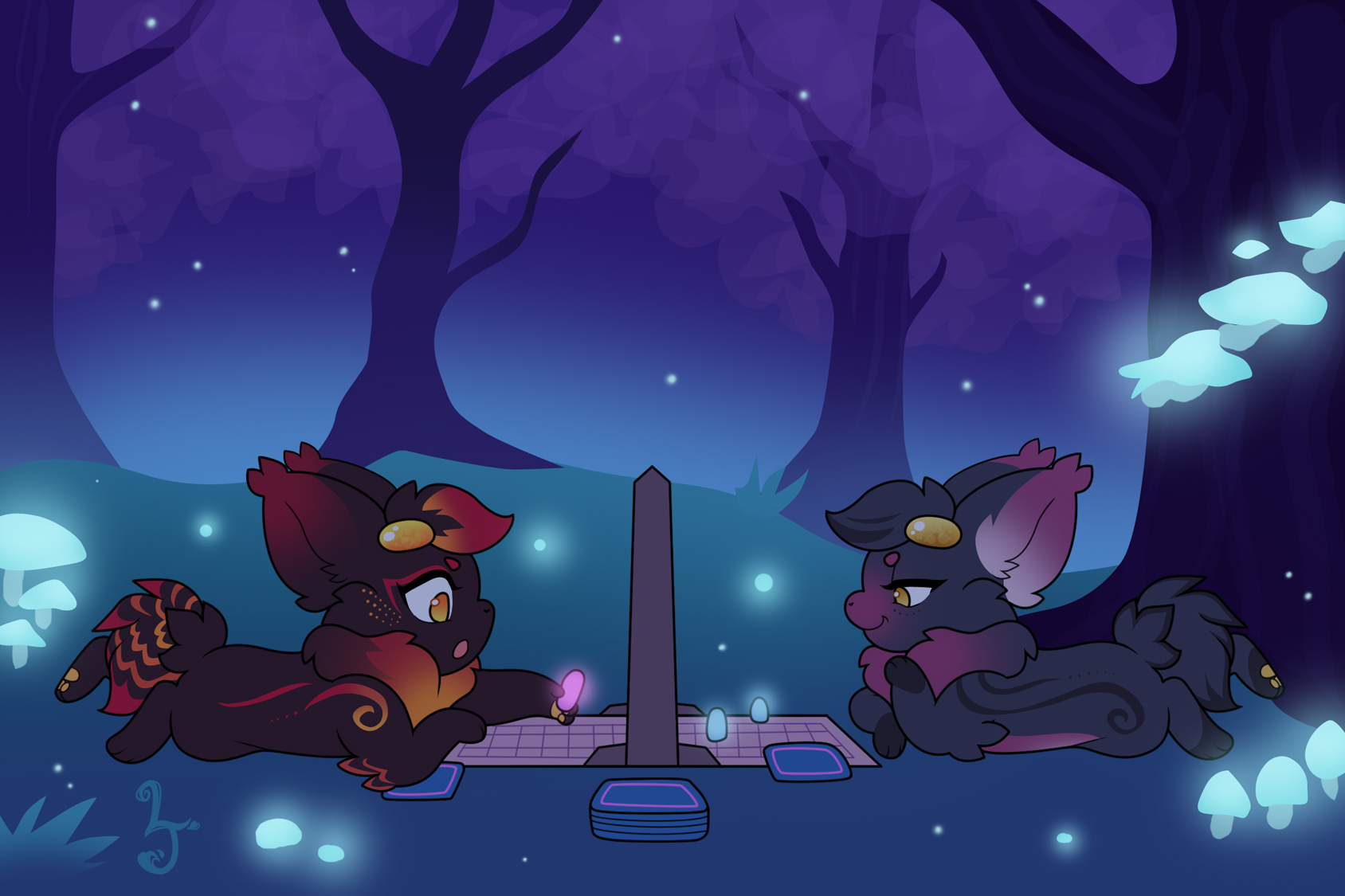 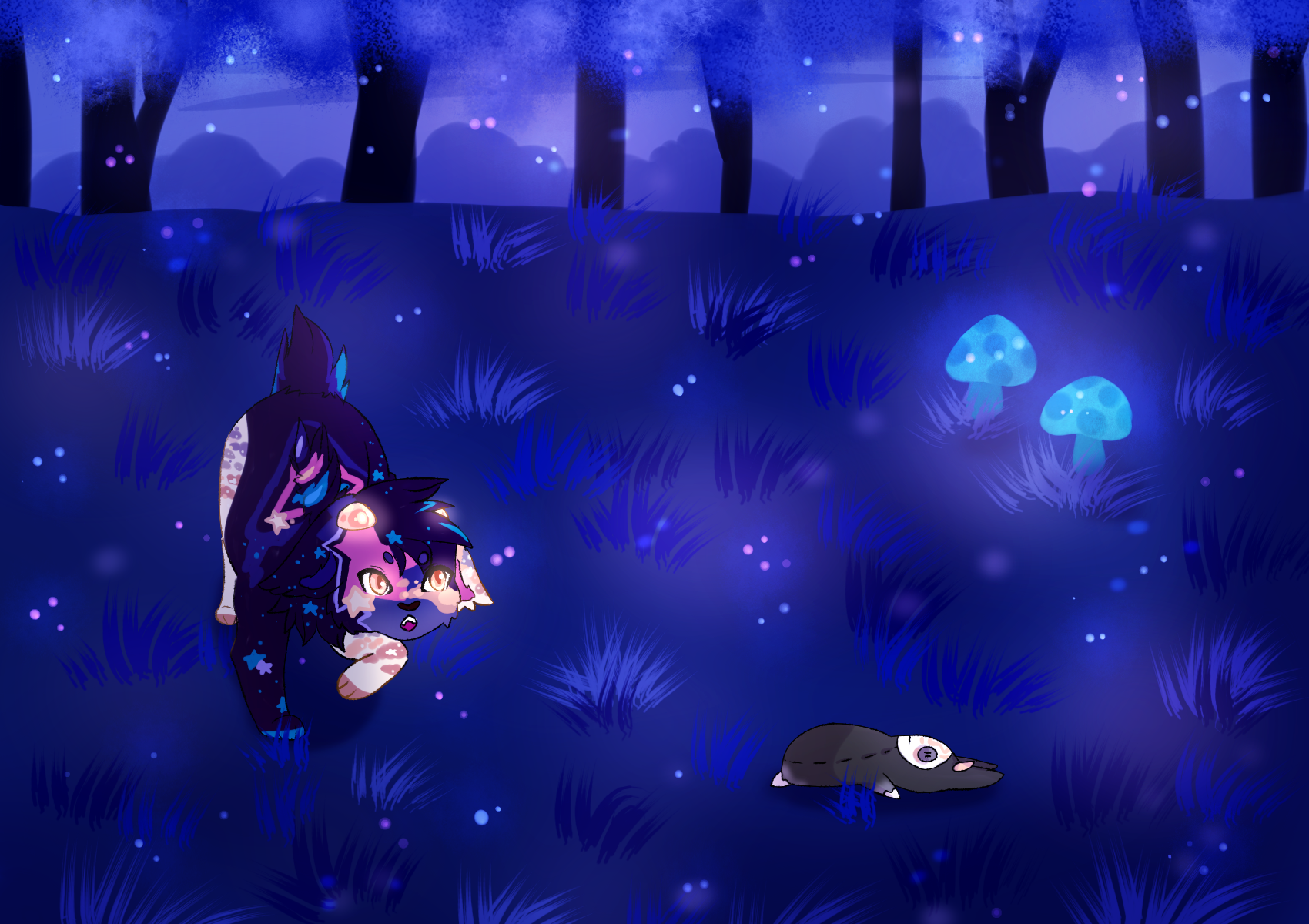 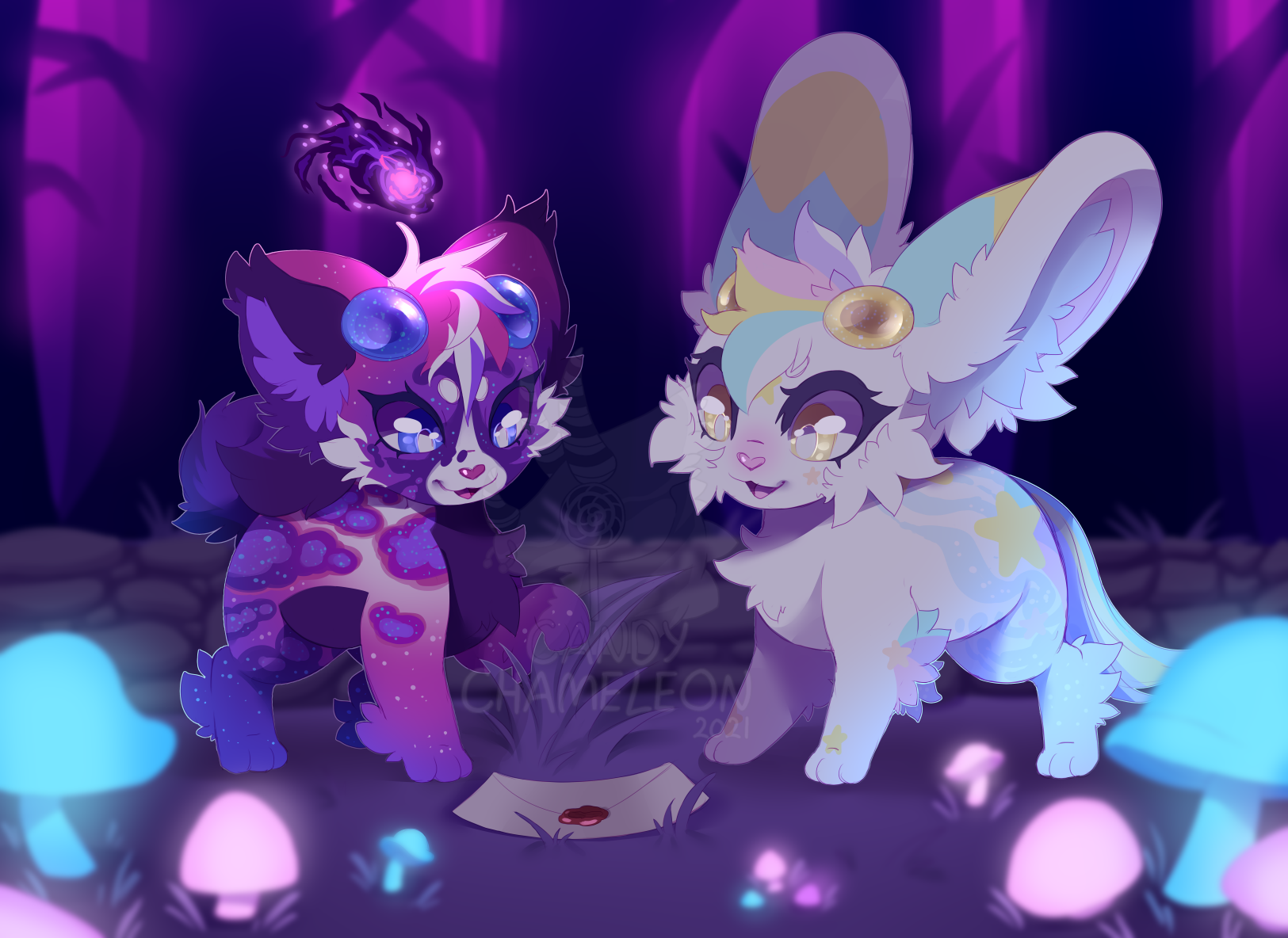 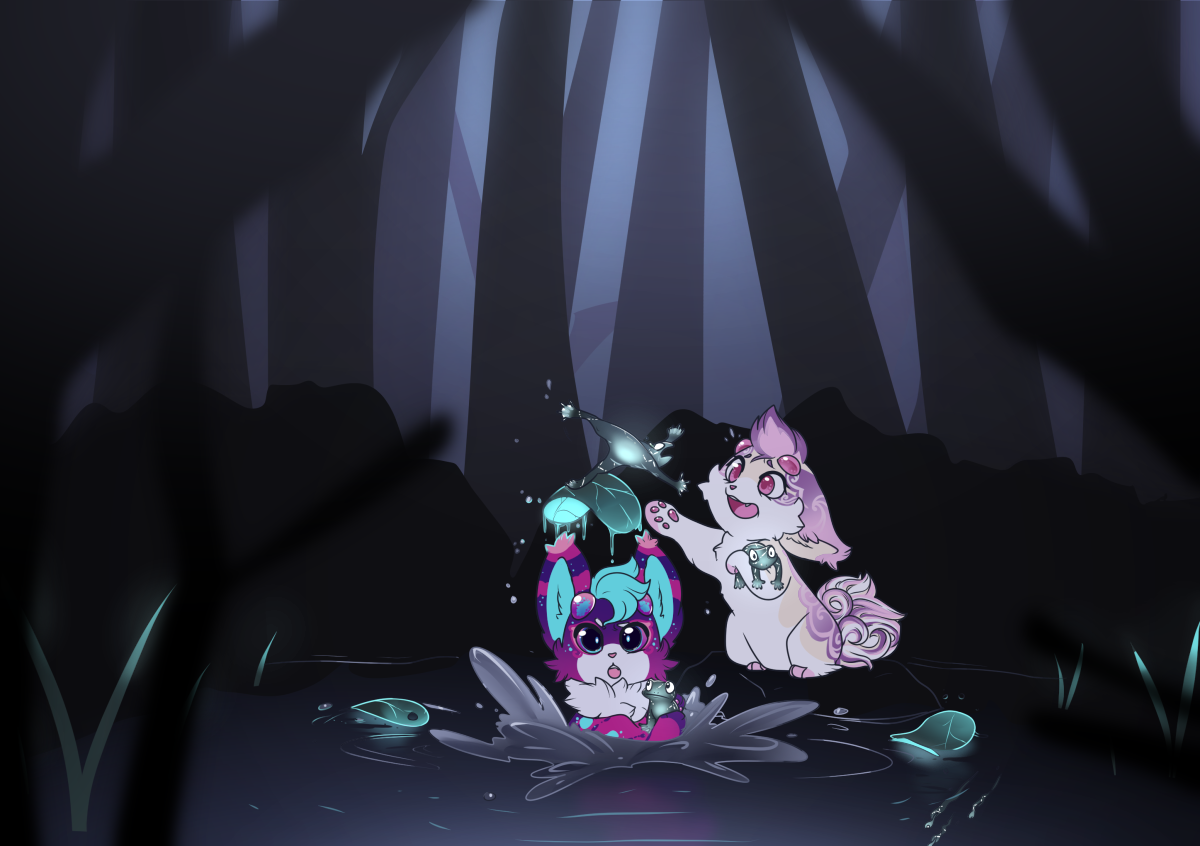 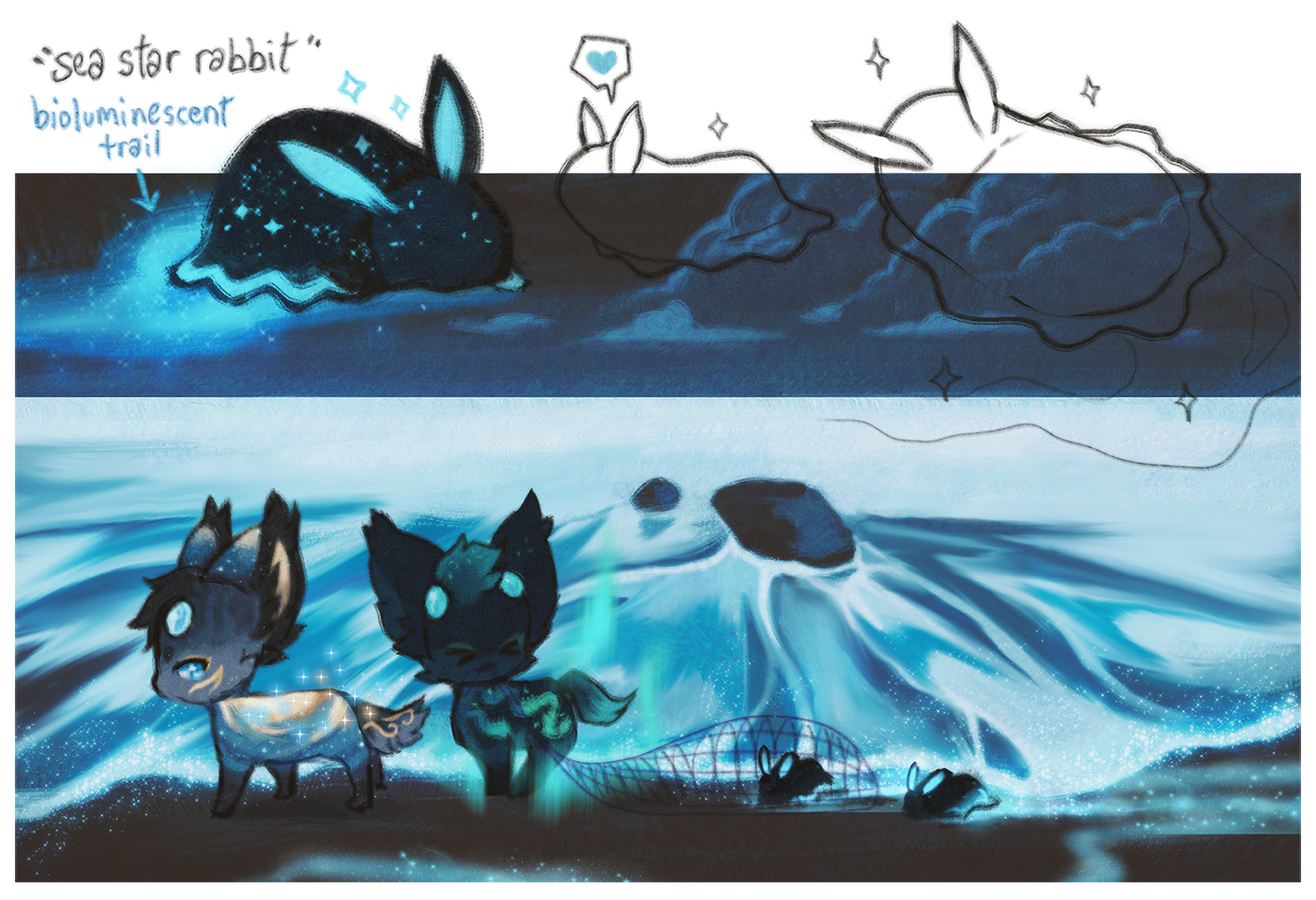 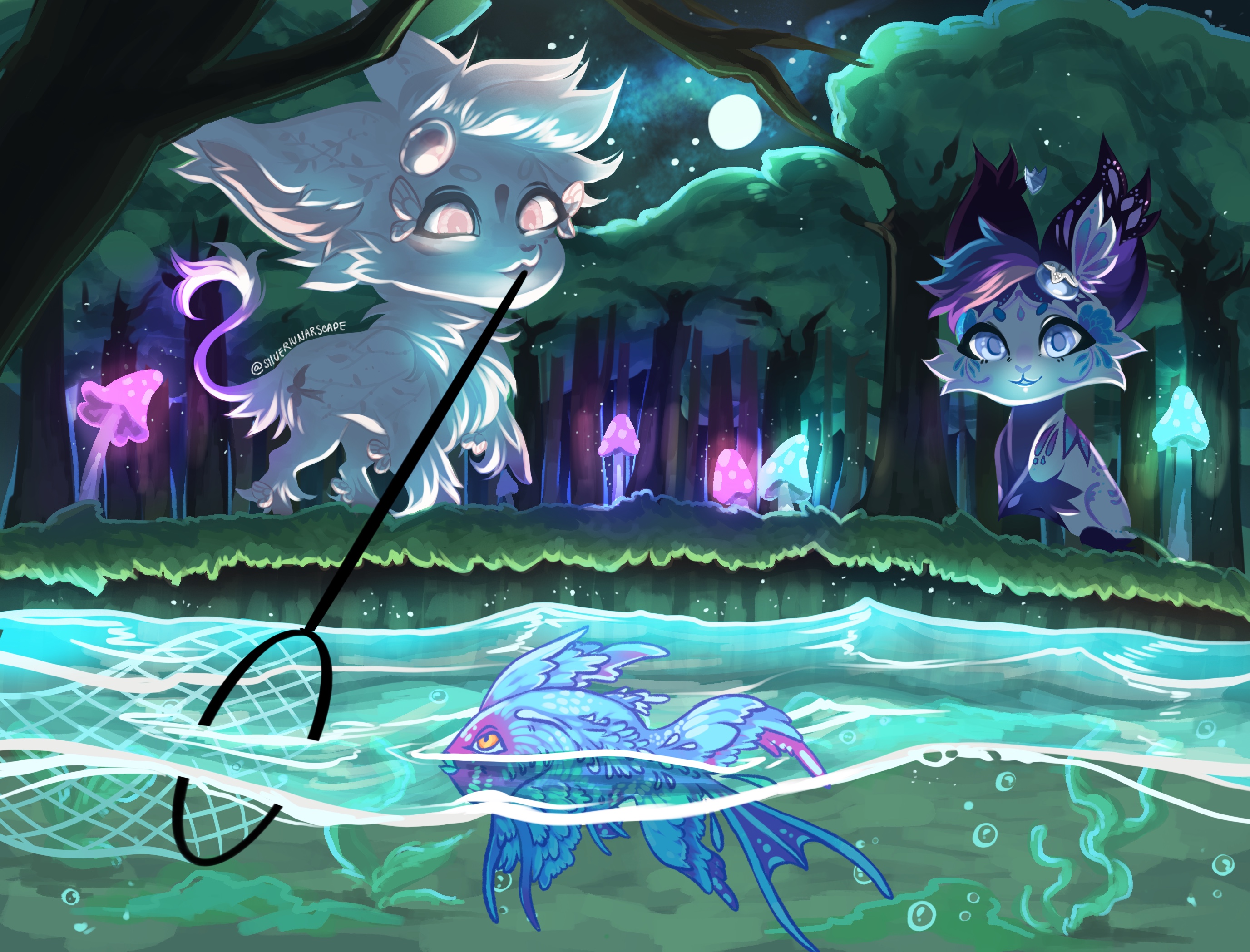 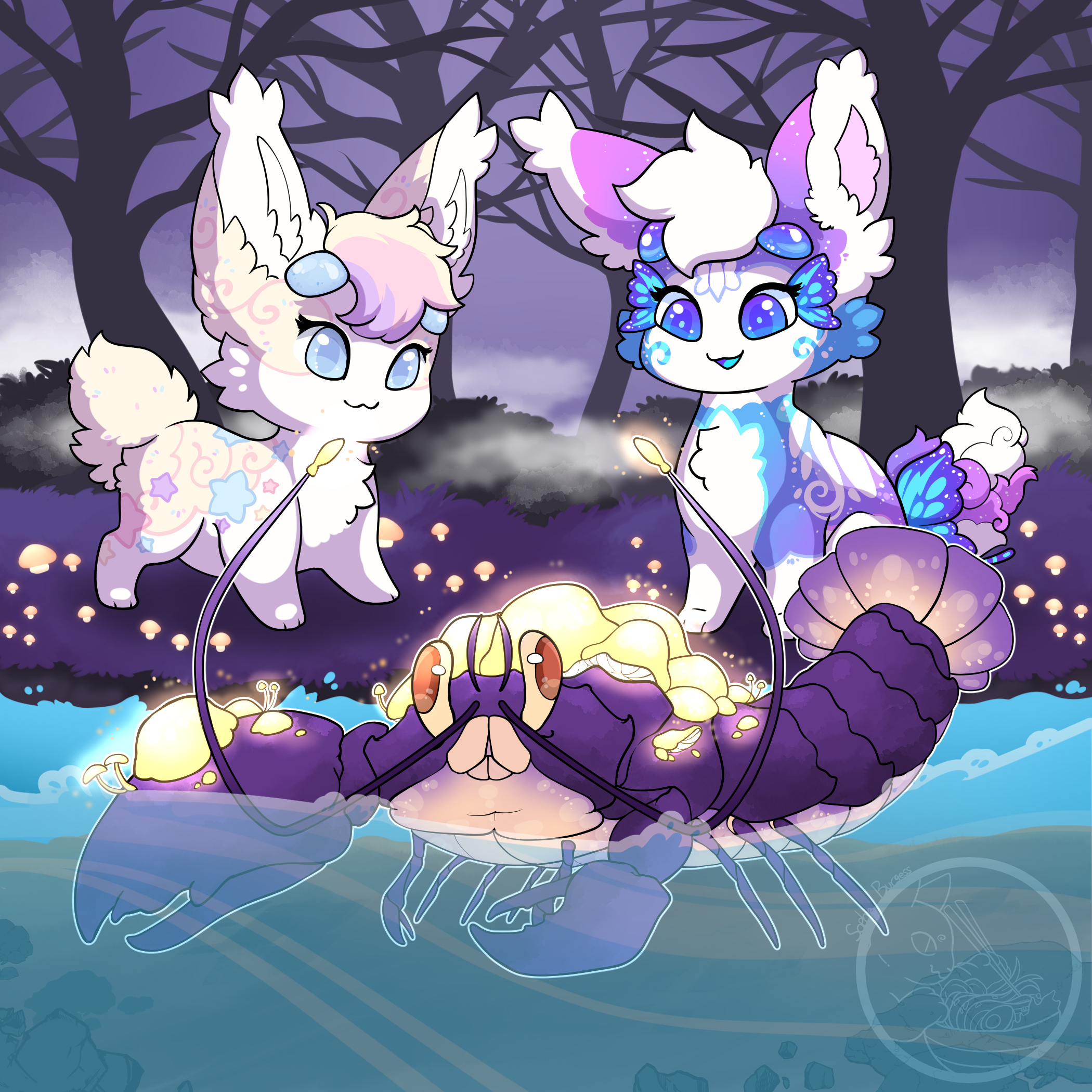 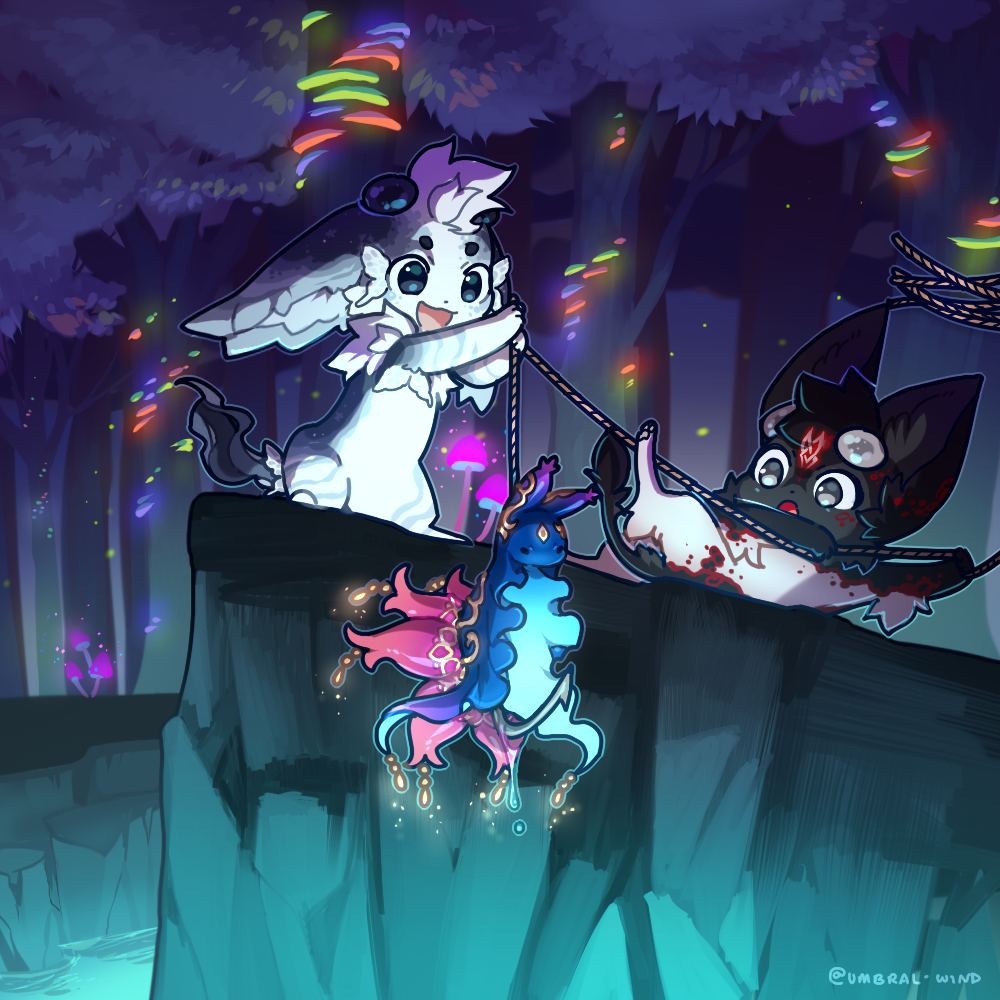 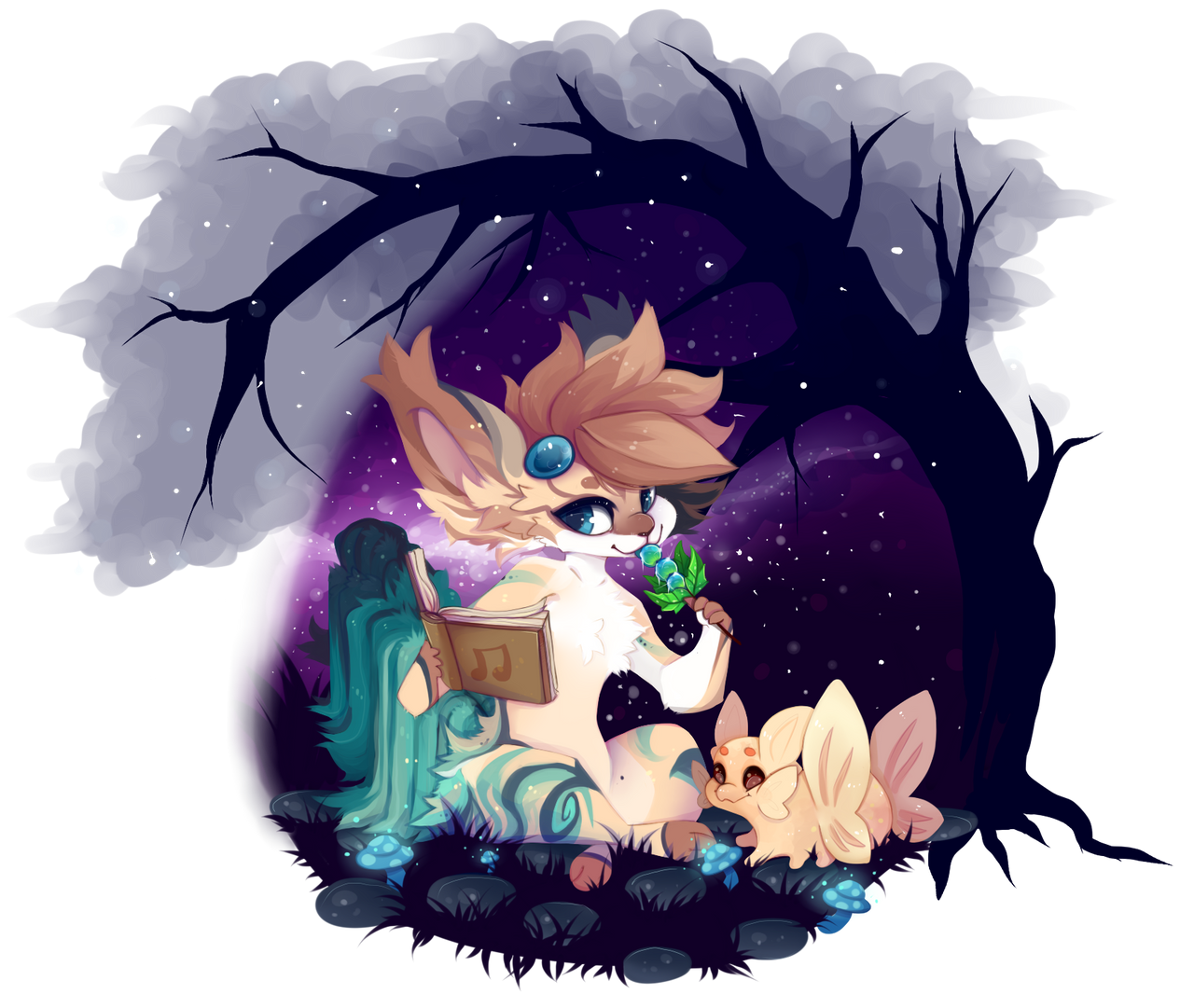 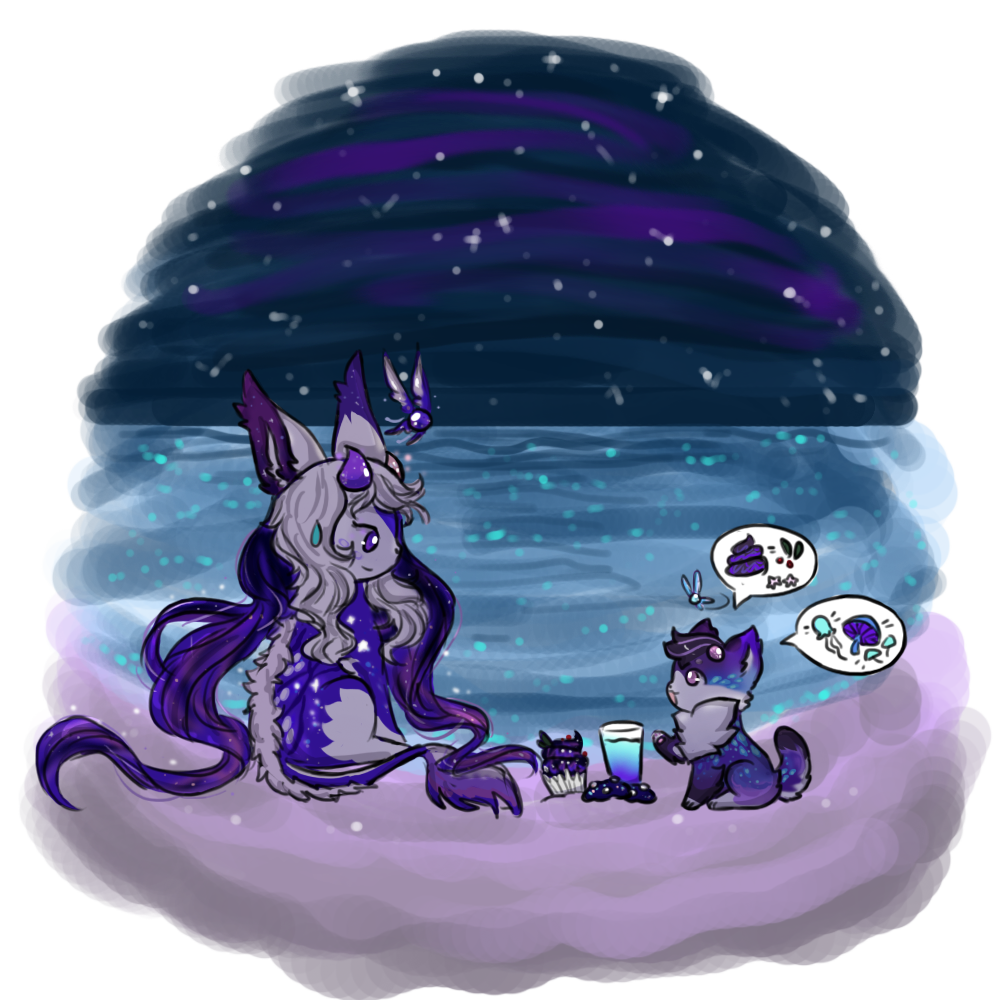 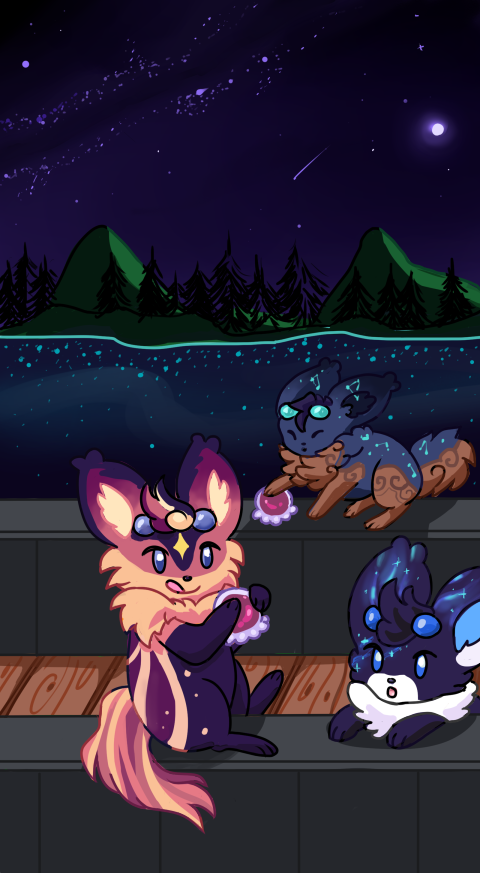