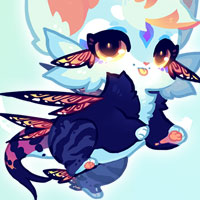 Winglets (Fae) are small, non-flight related insect or butterfly wing-like adornments that can appear on the arms, legs, around the eyes, or at the base of the tail. 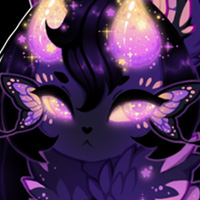 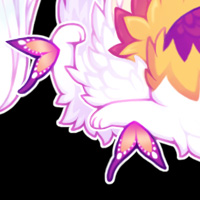 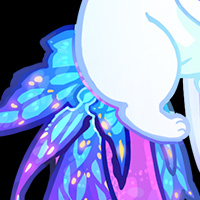 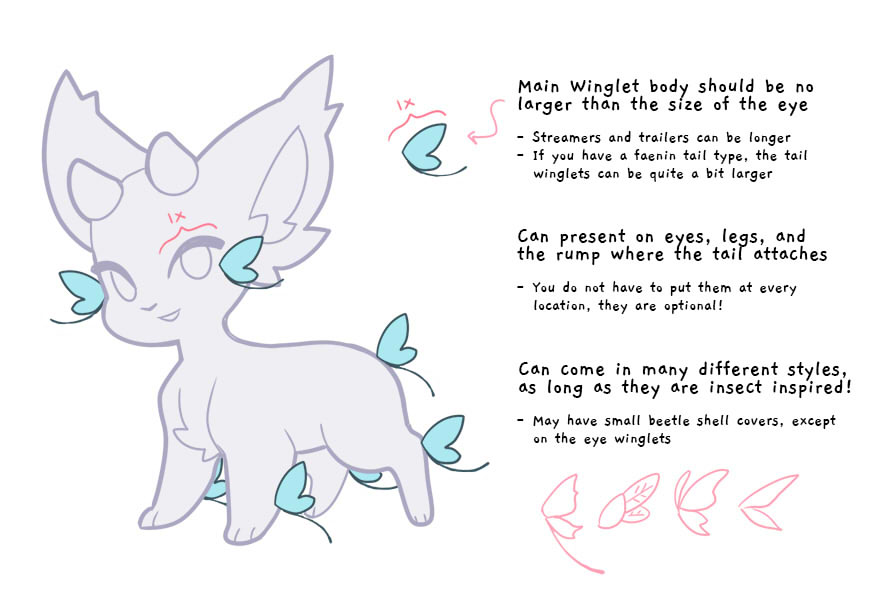 This mutation is only inheritable directly from faenin (must explicitly list "faenin" as a subtype on their masterlist entry). Normal elnins with Winglets (fae) cannot pass on any type of winglets to their kittoms since there is no "standard" version of this trait.