The gloomy atmosphere was a perfect setting for his plan.  Alais had already hung vines and tree branches in strategic places and was now setting up the logs that would become seats for everyone.  He knew he would need the aid of an adult for the campfire but that could be handled later on after he gathered the audience.  Eyeing the overhead branches once more he adjusted some of the logs, rolling them into place with a quick check to the thin, almost invisible strings he had stretched from tree to tree around the canopy of mossy green.  After moving things to his satisfaction he gave one last searching look to the clearing before stepping onto the path and 'closing' the bush behind him with some more thin strings.  That should keep all but the more adventurous elnin away from his spot for at least the next few hours.

"It sure is dark out here..." Umbra raised her lantern a little higher in hopes to illuminate the path a little better.  She had dressed warmly but still felt a small shiver creep up her back as he wide eyes looked around a little nervously.  She had heard about the storytelling contest and knew exactly which story she wanted to tell but now she was walking up the darkened path to the clearing she was starting to have second thoughts.

Another piped up, brown ears peeked as they listened out for any unusual noises.  "But that is the point, wouldn't be spooky unless it was dark out."  They stepped carefully over a twig before flinching as it snapped behind them, spinning around to see Alais standing there with a wide toothy grin and a wink.  Safran let out the breath they had been holding in a rush before shooing the larger kittom to give them some space.  "Not funny."

Alais snickered as he continued to loom over the two kittoms before him but he did let them get a few steps ahead before he continued up the path.  The stage was set and no one was the wiser, even Prisma who was the host of the storytelling event.  He just needed to make sure he sat in the correct seat when he got there.

They wandered into the clearing, Prisma leading the way through the archway into the clearing surrounded by dark green mossy trees and low hanging vines.  There were a few tall stakes with candles attached to the top which Prisma lit one by one to chase the shadows into the edges of the clearing before walking to the fire pit and starting up a roaring campfire.  The pale elnin banked the sides of the fire and then took their place on the largest log, while the chittering kittoms found their own places, some clustering together nervously while others, trying to appear brave, picking an empty log.

Sneaking a few steps to the side, Alais made a bee-line to his place, stepping over the prepared strings carefully, knowing they were unperceivable in the dim light of the campfire.  He had used an aloof attitude to make sure his seat wasn't shared and it worked, leaving him plenty of space between him and his intended victims.  With a smirk to himself he settled in to listen to the others tell their stories.

Prisma let them all know of the rules and told a quick story of their own which was familiar to all the kittoms so provoked more eyerolls and groans over actual fear and shivers.  They gestured to the kittom on their right and indicated they should go next which made Alais realize he had picked the perfect spot as he would be one of the last kittoms called up to tell his tale.

Immediately launching into a spooky story about a witch and her bat familiar, Umbra used her crown and hands as shadow puppets as she wove her tale.  She regaled them all with the plight of two kittoms, Hilda and Gavin, who became lost in the forest and found themselves near a house made entirely of sweets.  The house belonged to this witch who could turn into a bad and she was angry they ate part of her house so tricked them and ate them.  The two kittoms were never seen again but some people wandering in the forest can sometimes hear childish cries at night as the wind whistles through the trees.  By the time Umbra was done with her story, two of the kittoms who were previously sitting alone had decided to sit together, large ears flicking around to see if they could hear anything in the gloomy swamp that surrounded them.

One by one, each kittom told their tail, some more humorous to break up the fear, others caused shivers to run up and down the the spines of the listeners.  Next up was Safran who told the tale of an elnin who lived in the ocean for so long that she was able to shift into the guise of a seal.  She had found a magic cloak which gave her that power but also bound itself to her so that she could never be separated from it.  However, she loved the sea and was quite content though was sometimes lonesome.  A fisher in Palu'au enticed her to come ashore and stole her cloak while she was sleeping, trapping her on the surface once more.  Distraught from having her freedom stolen and uprooted from her chosen home she searched every night to find her cloak but to no avail.  Closing out the tail, Safran added, "Some fishermen still hear her searching and if something should upend mysteriously on shore within the islands, they claim it is the selkie still looking for her stolen cloak."

"I've heard of that one!"  Another kittom bounced up excitedly, "My Da usually told us that one when things went missing in our house."

"I hope she finds her cloak some day."  Umbra chimed in thoughtfully, "I'd hate to not be able to go home."

There was a small chorus of opinions and comments after that as many voices wished to express how they feel the story should have ended before Prisma raised up their hand and hushed them back down.  "We still have a few more stories to go. Alais, are you ready?"  They gestured towards the older crimson kittom.

Alais used this hushed moment to set the stage, hopping onto his moss-covered log to attract everyone's attention.  "I shall tell the story of the most scariest monster that ever lives right within this swamp!"  He then spun a yarn about an elnin who was cursed by a witch within the Shaedmoor for being arrogant and turned into a monster covered in vines and earth forever doomed to be spurned by all those who saw him as he had spurned those less fortunate than him.  Only if someone would see through the visage and accept him as a changed man would this curse be broken.  Alais told them of how this monster would come to campfires to seek out other elnin, hoping to meet one who could remove his curse, but he was turned away by fear and anger until all he could reflect was the anger they had for his presence and resentment of not having what he once had.  Now when he hunted down campfires it was for more darker reasons...

"And so people of Enmir always caution wayward travelers to bank their fires at night because if you forget and let the fire burn brightly, it will entice the Shaedmoor Monster to come and trap you in vines and carry you away to his dark and SWAMPY CAVE!"  As Alais raised his voice he stepped back off the log, pulling the strings that held up the mass of vines and mosses in the canopy above them.  Each log was suddenly engulfed in slimy tentacles as the humid night air added a slick feeling to the vines.  Shrill voices and screams filled the air as pandemonium spread; some kittoms dissolving into tears, while a few who caught on quickly after the jump scare felt giggles bubble up to release the tension.  Alais stood on his tiptoes with his paws raised to the air and a large grin on his face at the success of his planned prank.  Even if he didn't win at this point, it would definitely be a story to remember.

For the second time that night, Prisma needed to call the gathering to an order, shooting a look at Alais before addressing the group.  "Calm down, calm down, is anyone hurt?"  They took stock of the kittoms before checking the campfire which had been artfully spared, something they were appreciative of.  After tears were dried and giggles had turned to hiccups, Prisma instructed Alais to clean up the vines so they could continue the last of the stories.  Most of the other kittoms pitched in and, after heartbeats had calmed down a little, quite a few agreed it was a good prank considering the nights subject.

Thankfully the next story was more jovial than scary and left the group in high spirits.  About a ghost pirate who had lost his peg leg, the ending had many of the kittoms rolling around with laughter.  The final story was also light hearted and then Prisma stood over the congregation to deliver their judgement.  "After careful deliberation, I feel that Safran's story about the Selkie was very well told.  She was very evocative and had many interesting details and deserves the win."  The pale elnin paused for a moment as the kittoms cheered and congratulated the ginger kittom before adding.  "I would be remiss in neglecting to mention the added effort Alaistair put into his tale.  Though I do hope there will not be a repeat next year."

Alais stood up and bowed at the laughter and cheers that followed.  While he did not win, he was happy that everything had gone to plan.  Who knows, there was always next year and he was sure he could think of something even bigger and better to weave into his stories to add in something a little extra. 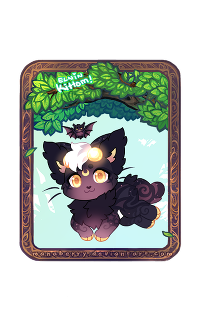 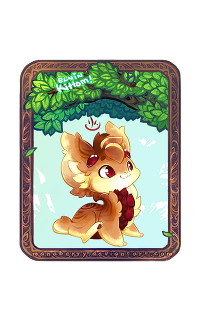 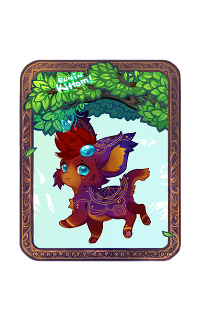