Aryn was in a bit of a pickle... The pale purple kittom was staring out over the pristine snowy landscape in a confused awe. No prints around them and yet their most precious belonging was gone, as if it had poofed into thin air. They looked back through the small tent they had erected and hoped another search through their packs would bring better discovery. Sadly, this was not to be and still the delicate silver circlet was nowhere to be seen. Aryn sighed, rolling up their sleeping bag and stashing it away into the pack before breaking the crust of newly fallen snow. They could see the adults, one at each corner of the caravan group, starting to stir and pick up their own items. The other kittoms Aryn was traveling with also started to pop out of their own tents, yawning, stretching, and gathering their things. The purple kittom knew they only had a short amount of time before the group would be moving on to the village nearby, some to find new masters to apprentice with, and some who were being adopted into new families as was tradition. Aryn themself was traveling with their sibling to find answers to the crystallization that grew within strands of fur, tail, and hair. The healers were sure it had stabilized by now but still the patches grew which worried Nolatari and thus they joined the caravan headed to Strynhalde to visit an old wise woman who hopefully had answers.

With a futile last glance around, Aryn rolled up the last of their belongings, boots wrapped tightly around their feet, protecting them from the cold of the snow. The clearing had been grass and when they made camp the night before and Aryn was tempted to kick away the thin, white layer just in case it revealed secrets, but they knew the snow would only turn the dirt into mud And there was a good chance the circlet was gone for good. With another side they shouldered their pack and joined the group who was just ready to start out for the last track of the morning. Most of them were on the wagon but Aryn chose to walk keeping his eye to the ground and hoping for a miracle.

It was springtime so even in Strynhalde the thaw exposed tiny smatterings of green on the thinnest part of the ground. Snow drops dotted the area adding to the shining beauty that surrounded them. Aryndell could like it here if it wasn't so cold. They lost themselves in their thoughts as they continued to walk, the small band of kittoms reaching the tiny village of WhisperWillow. Deep in thought, Aryn almost didn't notice the homes blanketed in white, the trees glittering with frost, or the colourful ribbons the residents had festoon the buildings with to welcome the new kittoms. So lost in thought that they almost missed the "Pssst!" coming from beside them.

"Psst!" The dark kittom said again, finally catching Aryn's attention. "Have ya lost something? You look like you have. Want me to help you?"

Aryndell glanced over to find a dark kitten, almost as short as they were, a bright colourful mane of fur around their neck. Purple swirling stripes covered her body and a friendly smile framed miss-matched eyes. “H-hello…” The lighter kittom paused, trying to pick up their train of thought. “Yes, I lost my circlet overnight. I thought it had fallen out of my bag as I was asleep but I couldn’t find it in the morning and now I fear it is gone forever.” They looked hopefully at their new company, “Did you happen to find something?”

The dark kittom chuckled as a response before reaching out a paw, "I find many things, maybe one of those would be what you are looking for. The name is Xochitl, it's great to meet you." She shook Aryn's paw a few times before adding. "Great to meet you, great to find you, great to help you find yourself!"

Aryn felt a little flustered at the personable kittom but was polite so introduced themself, "My name is Aryndell though most call me Aryn. If you were able to find my circlet I would be rather grateful." They felt rather awkward around Xochitl because of how seamless the other kittom managed to integrate and mold the conversation but still feel inviting. However, if she was to be able to help them find their circlet things would be much better. The pale purple kittom looked towards their new friend.

“A circlet you say? Well I may just have the thing right here!.” She looked through her bag and searched around. “Lets see, circlet, circlet, circlet…” Xochitl pulled a few random items from her leather bag, placing them around her as she did so. Buttons, trinkets, a hat, some feathers tied together with a string, a bundle of ribbons, and a golden ring encircled her as she searched. “Ah, here we go, would this be what you are looking for?” The dark kittom pulled out a silver circlet with a purple gem inset in some swirled filigree. “Maybe this is what you fancy?” Xochitl chuckled and spun it around in her paws a gleeful look to her eyes, “It is very nice indeed, such craftsmanship, such detail.”

The pale kittom looked towards the circlet. They knew it wasn’t the one they had lost, but the look on Xochitl's face made them not want to disappoint. “Oh it is quite pretty, I do like the silverwork.” Aryn was honestly impressed with how nice the circlet looked, they even liked the addition of the purple gems that glittered in the sunlight reflecting off the snow. They went back and forth in their mind for a moment, trying to think. The chance they would find their old circlet seemed to be moot… and maybe someone would end up with a nice surprise if they happened to find it buried in the snow. Aryn reached out to take the circlet for a closer inspection, decision made. “Yes, it looks very much like the one I lost. Where did you find it?”

Xochitl laughed and pulled it away slightly, “Oh here or there, I like collecting trinkets and the like. If you’d like this circlet I’d be happy to give it to you, for a fair price.” She winked and waved it in the air. “How does that sound? What do you have to offer for it?”

Taken aback for a moment Aryn blinked, “A fair price?” They realized as it wasn’t the same circlet they lost, it did technically belong to Xochitl. The pale kittom tried to think of what could be worth to her. They patted their pockets and peered into their bag, “Oh ummm… I have this mushroom I collected from Silveil? Or maybe this crystal?” They searched around some more, “Or this bracelet, would this work?” Aryn showed Xochitl a thin gold chain with flowers attached to it. “It could match your ring?” They hoped one of these trinkets would be worth the circlet.

“Fantastic offerings, I’ll take all three!” With a quick scoop of her paw and before Aryn could react, Xochitl whisked the offered items into her pouch and gently dropped the circlet onto Aryn’s head. “Quite stunning I assure you, such a perfect trade, it is very becoming on you if I don’t say so myself. Almost as if it was made for you!” The darker kittom swirled around and made a graceful bow. “And if you don’t mind, I have some other people to help out around here. I do hope you have a wonderful day!” She made one more flourishing bow before skirting around the stunned kittom and disappearing into the crowd. 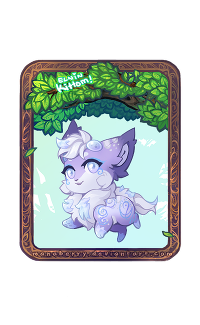 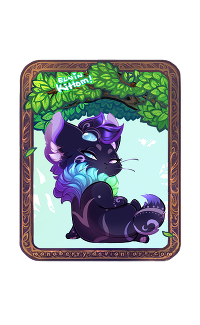