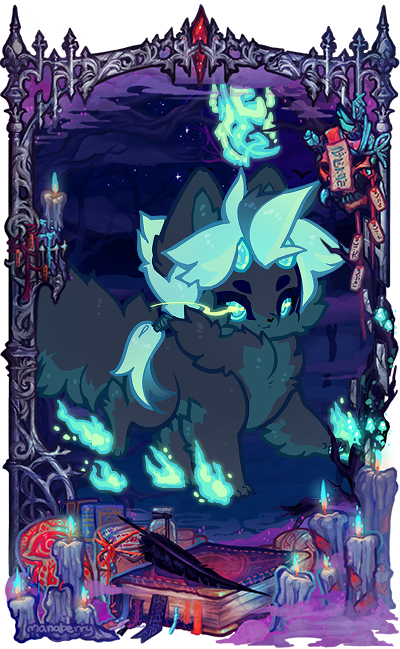 Flavor Text: (optional/just for fun!)
Another child of fey influence, this elnin's mother was haunted by a fearsome black dog for some time during her pregnancy. Why, no one knows. But the creature of shadows would howl nightly, the sound like an endless lamenting wail. This went on for months, no matter where the poor elnin mother fled, and did not stop until she cried for mercy, begging to know what appeasement the beast of a dog would take. She become mute ever after that night, and one of her children was born with a very disturbing semblance to the fey beast that sang out to him in the womb.

Fey Curse: A feeling of cold follows this elnin wherever they travel, almost like they're perpetually standing in deep shadow. They also have a tendency to see things in the dark, shifting shapes that dance away when you look directly at them. These shapes don't seem to be malevolent in any way, and have just become a normal part of life for the shadowy little elnin.