Should be 2 EC I think! First gift submission!

Saocia was visiting the Silveil City for the first time, eager to explore the many wonders and delights it had to offer. She had heard stories of the gambling dens and black markets, the dreamlike forests, and the Starlake filled with sparkling jellyfish. She was excited to see it all for herself and take in the sights of the big city.

On her first day, Saocia visited the great Starlake, and she couldn’t help but be mesmerized by the sights before her. The dark mass of branches and starlight of the eldertree growing deep into the water, creates an otherworldly illusion reflecting on the surface of the lake. The "stars" that glitter in the boughs of the submerged tree were a tiny species of jellyfish that exist only in Silveil. They emit a soft, ethereal glow that illuminates the water and the surrounding area.

Saocia takes a moment to soak in the beauty of the eldertree and its surroundings. She notices how the soft light of the jellyfish make the water look like a starlit sky. As she walks around the lake, she meets an elnin who shares with her the stories and legends about the eldertree and the jellyfish. The elnin tells her how the tree has been here for centuries, and how it has become a symbol of Silveil and its eternal night. They also tell her about the jellyfish and how they are mostly harmless but poisonous to eat, a fun fact with a hint of playful warning. It’s a bit strange to bring it up, but Saocia wonders if some kittoms in the past have tried.

After taking some time to appreciate the beauty of the place, the sense of wonder and awe eventually wears off. Growing a bit tired from her day of travel, she decides to head back to Silveil City to find a place to spend the night.

However, the excitement of her first day was not yet over. As she was returning from a visit to the Eldertree, she was accosted by a group of thieves. They were a rough-looking bunch, with scars and tattoos marking their faces. They demanded that she hand over her valuables, and Saocia knew that she had to act fast if she wanted to get out of this situation unscathed.

She thought quickly and remembered a trick she had learned from one of her friends back home. A bait a switch, a moments distraction, is all that can be needed to escape. Saocia reached into her pocket and pulled out a small, pink seashell necklace. The thieves were momentarily confused as she tossed the trinket past them, throwing it with all her might.

Saocia used this opportunity to make her escape. She bolted, her heart pounding in her chest as she weaved her way through the streets. Despite not knowing the alleys like the back of her hand, her small size allowed her to quickly dart through tight spaces they couldn't follow. She didn't stop until she reached the safety of a nearby inn. Saocia was slightly shaken by the experience, but she knew that she had to be more careful in the future. A lesson learned that even in a place as exotic as Silveil City, there were still dangers to be found.

From that day on, Saocia made sure to always keep a low profile and avoid any conflicts with the thieves guild. She continued to explore the city and its surroundings, but she did so with a greater sense of caution and awareness. Despite the incident, she was determined not to let it ruin her trip and was still excited to see more of the Silveil region. 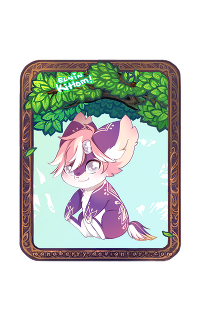