Rhapsody sighed as he gazed out the window at the town square. Mudbrick buildings with colorful awnings lined the streets. Cacti and succulents in large planters adorned the entrances of restaurants and shops. From his perch in the loft apartment, he could just make out the towering dunes that surrounded the city.

The red, black, and gold kittom had been ecstatic when he finally returned home, but the excitement quickly wore off. His father, Azarah, and his father’s partner, Amaryllis, had set off for Strynhalde before Rhapsody arrived, leaving instructions for the kittom to hold down the fort in Termina. They were due back last week, but they must have been delayed. To top it off, after traveling much of Eyre, the desert seemed much less interesting than it had when he was younger. The oppressive heat kept him indoors much of the day, and while his lodgings were lavishly furnished, there wasn’t much there to keep him busy.

After deliberation, Rhapsody decided to venture out and find something fun to do. He waved at the grocer as he descended the steps to street level. The elderly shopnin was sweeping out the sand that had been tracked into his storefront. Rhapsody had considered taking a job in one of the shops, but he needed to be available at odd times to accept deliveries for his father.

As Rhapsody glanced at one of the window displays, he noticed a familiar face inside. Could it be? He rushed in the door, nearly toppling a book display. He gagged when he saw a life-size, highly detailed painting of his father next to a fresh copy of Adventures in Eyre: One Nin’s Quest to Be the Very Best. Part memoir, part choose your own adventure book, his father’s first foray into writing had been wildly successful… too successful. Rhapsody shook his head. He had choked down the advance copy that Azarah had sent him via courier during his travels, and he was certainly not impressed. The tome was filled with too much bravado and way too many full-color illustrations of his dear, playboy father. So much fan service…

“Oh my, I had no idea that you were interested in such drivel. I must have overestimated you,” a singsong voice cut through the silence.

Rhapsody turned to see another familiar face – Ismeria, whom he had recently met in Ealei. The burgundy and gold kittom smirked at him.

“Heck no!” Rhapsody protested. “I’d rather chew a cholla cactus. And what the absolute heck are you doing here?!”

“Hehe. I’m meeting my mom and sister here in a few weeks. I just arrived yesterday and thought I’d pick up some reading material to pass the time.” Ismeria shifted the heavy stack of books in her arms. A Tail of Two Kitties, Huckleberry Nin, Ana Karelnina, Frankenin, The Catcher in the Eyre, Of Mice and Nin, Alice’s Adventures in Faerindell…

“That’s a lot to get through in only a few weeks,” Rhapsody gawked.

“Eh. I’m a speed reader.” Ismeria stepped carefully toward checkout and hoisted her selections onto the counter. “Are you getting anything or are you just going to sit there with your mouth open?”

“Oh, um…” Rhapsody snagged the first book that he saw on a nearby shelf – Kittom’s First Book of ABCs.

“That sounds about right,” Ismeria giggled.

Rhapsody’s face turned bright red as he hastily pushed the book back into its place.

“Here…” Ismeria trailed off as she carefully browsed the shelves. She pulled out a sleek teal tome with gold detailing along its spine and cover – The Great Catsby. She handed the volume to Rhapsody and proceeded to pay for the purchases. “It’s dreadful. You’ll love it.”

Rhapsody insisted on helping her carry the books home. After a long walk, they arrived at a tent on the outskirts of town. Bones rose out of the hot sand on either side, giving the temporary lodging an unwelcoming look.

“You have all that coin for books, and this is where you’re staying?”

“I’d rather spend it on experiences.”

“Yeah, all you’re going to experience is heat stroke out here.” Rhapsody relieved Ismeria of her book bundle and gestured to the tent. “Pack your things and follow me.”

After another long trudge through the mudbrick-lined streets, the kittoms finally arrived at Rhapsody’s loft. He showed Ismeria to the guest room and left her to arrange her belongings. While his visitor was settling in, he whipped up a charcuterie tray with cured meats, fresh goat cheese, crackers, dried figs, almonds, and locally made prickly pear candy, served with tall glasses of agua de jamaica. When Ismeria finally emerged from her room, she brought a book with her to the table, turning pages between bites and sips. Rhapsody was too busy marveling at the kittom’s ability to devour stories and food at the same time to feel offended by her lack of manners.

“Thank you for the fantastic meal.” Ismeria stood, popped the last piece of candy into her mouth, and walked back into her room, cradling the open book in one arm and carrying the glass of jamaica in her other paw. Not once did her eyes leave the page that she was reading.

When the dishes were cleaned and returned to the cupboard, Rhapsody stole away to his room. He picked up his new book, admiring its beautifully embossed leather cover. Time to see what this story is about. 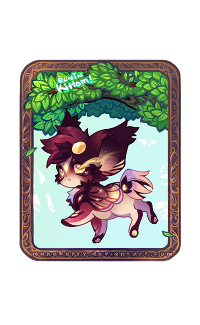 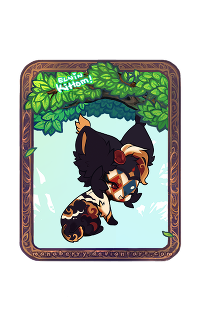