Rhapsody sighed as he once again walked along the wooden docks, dodging nins as they rushed past him with excitement. The streets of Port Pthalo were bustling with nins working together to hang lanterns, streamers and other brightly colored decorations from the branches above the city. The kittom had dreamed about this year’s Starfall Faire, but this wasn’t at all how he wanted to spend it. Even the sweet and savory smells wafting from the local eateries couldn’t shake Rhapsody from his gloom.

His father told him stories about the fabulous festivals in his home city of Termina in Ahza, where nins would dress in brightly colored cloaks, play lively music, dance together in interlocking circles and tell spooky stories while watching fireworks light up the dunes. He had spent last year’s festival in chilly Strynhalde and had hoped that he’d be home in time this year. Alas, his ship back home was delayed due to supply shortages following the storms this past spring. At least that was the gruff old sea captain’s excuse. Rhapsody suspected that something else was afoot. Numerous ships entered and left the port every day without trouble, but none of them were bound for Devara.

The mangroves thinned out as he approached the wharf. He paused for a moment to watch a school of fish swirl through the roots below the water’s surface, their scales glistening in rainbow hues. Even the fish seemed excited for the faire.

The community center was just ahead on the right, built on a sturdy wood platform over the crystal-clear waters. While he was here, he’d might as well help decorate. As he entered the building, he was greeted by a familiar face – a brown kittom with ruddy and green swirls and a cream mane that transitioned to green before meeting his belly. An orange goldfish-looking nin stood to his right, assembling a purple paper lantern. The first nin, Crispin, waved Rhapsody over and introduced him to his companion, Finneas. Finneas was Crispin’s littermate and was visiting from the Palu’au Islands. He seemed to be a cheery lad.

As the kittoms puffed out and assembled an assortment of vibrant lanterns, Crispin sensed Rhapsody’s grim mood and assured him that he was in for a real treat tonight, when the Starfall Faire’s opening ceremony would be held. He insisted that this was one of the best places to spend the faire, but Rhapsody was not so easily convinced.

Once they had amassed a wide variety of lanterns, the nins piled them into a cart outside and set off toward the mangrove dwellings. The carts wheels clattered along the boardwalk. They paused here and there to allow fellow nins to select lanterns to adorn their homes and businesses.

When the cart was empty, the nins headed into the city square to seek out a late afternoon meal. The square was crowded with merchants still setting up their stalls, each adorned with rich embroidered fabrics. There would be many exotic snacks to enjoy once the faire kicked off tonight. For now, the kittoms settled on bowls of hearty vegetable stew and mugs of rootbeer at the local tavern.

As the day wound down, Crispin invited them back to his home and pulled out a bundle of costumes – a blue shark for Finneas, a red phoenix for Rhapsody and a green dragon for himself. After changing, he herded them over to a small boat tied to the docks below his dwelling. Crispin rowed the boat straight into the middle of the bay.

Other boats full of nins in cheery costumes began to cluster around them, rocking gently in the surf. Yggdrasil loomed in the distance ahead of them. The kittoms snacked on sweets as sunset cast the sky in hues of red and gold, then slowly faded into darkness. It was the night of the full moon, but the celestial object had yet to show its face. Soon the sky was lit only by the stars and the occasional meteor. The port city was eerily dark without the usual streetlamps and indoor lights.

Rhapsody shifted impatiently in the darkness until the gentle sounds of a koto cut through the silence. Other stringed instruments joined in all around him, filling the air with a rich, soothing melody. Lights began to flicker around him, rising up over the water. Crispin poked him and handed over a paper lantern, lighting it with the strike of flint and steel. Rhapsody marveled as the lantern floated up from his paws, joining others slowly gliding across the sky, mingling with the stars above. Their reflections almost reminded him of his visit to the starlake so many moons ago. Spots of light began to pop up in the great tree’s branches, adding to the spectacle. When Rhapsody thought the scene couldn’t get any more magical, a colorful display lit up in the water up ahead. An assortment of huge lanterns shaped like creatures floated on barges up ahead. He spotted a dragon, a phoenix and a shark just like their costumes.

The music picked up as the moon peeked up on the horizon, and the nins joined together in song. Rhapsody didn’t know the words, but he hummed along to the ethereal refrain. He had never experienced anything like this and lost himself to the moment. He completely forgot that he wasn’t alone and felt a surge of embarrassment when he caught Finneas grinning at him widely. The golden nin winked and handed him a chocolate bonbon in a glossy cobalt wrapper.

Eventually the music began to fade, and the boats turned back toward the docs. After tying up the boat in its original location, Rhapsody, Crispin and Finneas returned to the town square to join in the festivities. Nins of all ages flocked to play carnival games and enjoy tasty treats from the vendors. The streets were now lit with paper lanterns and kittoms ran around with lit sparklers. Larger fireworks weren’t allowed in the city, as there was a risk of catching the wooden boardwalks on fire and the tree canopy left no room for rockets. Crispin explained that there would be grand fireworks displays throughout the festival, set off from barges in the harbor and the rocky cliffs around Yggdrasil.

Rhapsody couldn’t wait to see what wonders the rest of the festival would bring. He still missed his family, but the Ahza festival could wait until next year. 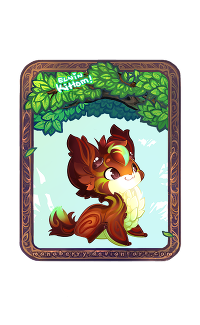 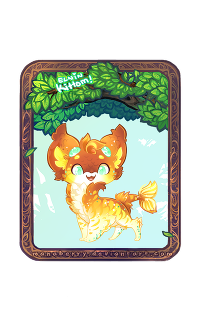