Sun gleamed through the shutters as morning light traveled from across the hills to touch the sheets of Penumbra’s bed. Cracking her eyes open, she stretched her paws up high as a wide yawn stretched across her pillow ruffled cheeks. It was a moment until realization hit her that the sun was shining! Suddenly charged with a jolt of energy, she launched out of bed and threw the shutters open, relishing in the soft warmth of a daybreak unmarred by clouds. Storm clouds and rains had plagued the rolling fields of Faerindell for weeks upon weeks with the arrival of miasma season, as it had every year. But for a young kittom, it had felt like an age before it finally passed.

After a quick groom and shake of her fur, the thought struck to take the opportunity to visit her father, Vie. Being cooped up all season had kept the pair apart and she had missed his company dearly. Stepping out the door, the kittom’s enthusiasm slowly ebbed as she took in the state of the gardens and pathways outside her home. Flowers drooped, some completely stripped of their bright blooms left as wilted stems, shadows of their former glory. Petals from the countless flowering trees littered the grounds in a blanket of pinks, purples, yellows, and whites. Penumbra stopped under one of her favorite spots along the trail and frowned up at the branches that held only a fraction of the blooms she remembered.

As she neared Vie’s residence a familiar gentle voice rang out to her. “Penumbra, dear! It has been a while, how are you?” It was Suyeong, an elnin patterned with delicate imagery of vines and flowers with long, flowing locks that hung light as a feather that left twinkling after-images as it swayed in the breeze. She had always been so proud to call her her mother. Breaking into a tiny gallop, she met her with a nuzzle and deep purr. She had been staying over at Vie's more and more often as the seasons passed, finding no need to veil their relationship in secrecy.

“I’m good! It’s so nice to see the sun again. And you, of course.” As the two caught up, Vie poked his head from the cottage, his face lighting up at the sight of her.

“Hey troublemaker! You’re just in time.” Penumbra whipped around, not missing a beat to rush over and touch noses with him. “Hi papa, I missed you.” Vie was a striking elnin of fae lineage, sporting butterfly-like winglets across his body with two twin tails which were often mistaken for wings themselves. His pelt and eyes sparkled with the stars of the skies and a swarm of illusory butterflies followed wherever his paws rested.

“Of course you did,” Vie smirked, his eyes alight with playfulness. “And now that you’re here, you can help us wiiiith this!” He nudged her towards their garden. She balked when she saw the state of the place. The familiar rainbow of colors failed to greet her as they had during her last visit. The rains and winds had taken their casualties on the delicate blooms here as well. She shook her head. What was I expecting? Suddenly steely with determination, she looked Vie in the eye and asked, “What do I need to do?” Vie’s nose twitched, she had always been such a serious kittom. He surveyed the garden; weeds had taken advantage of the rains and sprung up between many of the broken flowerbeds. Stems were snapped and some flowers had become uprooted during the worst of the storms. The walkway lay hidden under a blanket of petals and the fountain clogged with litter from the overhanging trees. The younger cherries and plums were left stripped to a tattering of leaves. He gave a decisive nod. “Let’s start with the weeds so the flowers can breathe again. Your small paws will do them a lot of good.”

Fetching their gloves and tools, they got straight to work. Penumbra was given a thorough lesson on which plants to pull and which to leave undisturbed. Scooping at the roots and pulling in a rhythmic fashion, their weed pile quickly grew. Vie toiled alongside his daughter, removing any of the more delicate plants that suffered damage and needed an extra hand to perk back up in the safety of his cottage. The pair tediously combed over flowerbed after flowerbed until every weed and stray grass sprout was tamed. Sitting back to rest, Penumbra noticed the path of discarded plants trailing along the buried path. Fetching a small broom, she started on clearing the walkway. Vie soon followed with a much larger and more efficient broom of his own. She frowned upon seeing him make fast work of the mess, but he had insisted she had the important job of tidying up the smaller edges with what his broom left behind. The sun moved steadily across the sky as large piles of leaf litter formed. The cobblestone path visible once more. As Penumbra finished gathering the stray petals, Vie grabbed a net and scooped layers of debris from the water of the fountain until it ran clear. The sun cast long shadows across the garden as they finished tossing their piles into huge paper bags.

Her paws were sore and the garden wasn’t in perfect shape, but it would grow back easier thanks to her hard work. Her beloved blooms would return with the magic of the lands. Faerindell remained in bloom year round, after all. Suyeong padded out from the front of the cottage where she was working, clearly exhausted. “Wooow! You two did a fantastic job, I hardly recognize it from this morning!” Penumbra beamed. They spent a moment admiring their handy work before Vie flicked his tails, sighing deeply. “I don’t know about you, but I’m beat. Let’s get some food.”

The trio cleaned up and headed to the restaurant down the road. No one had the energy to cook that evening, much less travel further for anything more extravagant. The sun dipped under the hills and stars began to emerge as they reached their table, fairy lights strung up above them. Penumbra stayed at the cottage that night and slept soundly feeling at peace being back with her favorite elnin. 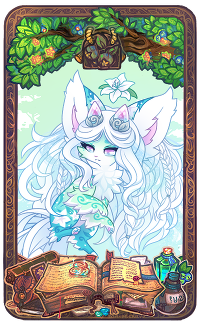 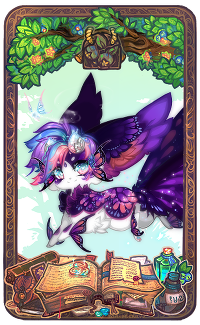 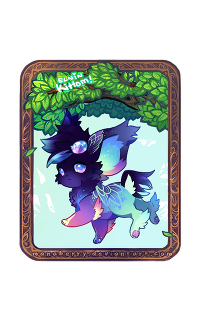