The day was new and Jiaolong was eager to go out into the streets of Bellmoril. They had arrived the previous evening after a long trek on foot and carriage, and after a rest and small breakfast he was ready to go explore. His caretaker, Suiko, had brought him and her son, and his friend, Kagerou along while she worked on her research project. There was no better place to study the effects of mana on the natural environment and how to convert that energy into a viable source than the city of Il'durahn. Not to mention the many resources of the city could keep Jiaolong out of Suiko’s hair with all the questions he had been asking her along the journey here.

There was only one problem; it had been raining heavily since the previous night. Jiaolong frowned looking out at the cobblestone streets with every other step now being a puddle. The rain was easing up now and he was willing to take the chance it might be going away for good. He turned to Kagerou and asked, “Do you want to head out now?”

Suiko perked up from her book to interject before he had a chance to respond. “Are you sure you want to be out there, Kage? What if you get caught out in the rain?” His fur fluffed up in embarrassment knowing she was referring to his fear of water.

“I-it’s fine! I’m not scared of a little rain!” He hadn’t told anyone else about the time he had fallen headfirst into the waters of Ealei with his sister. His fear had eased since after realizing that his witchlight crown wasn’t effected by water, but he still didn’t enjoy getting wet.

“Don’t worry,” Jiaolong cut in. “It’s already stopped. See?” Suiko didn’t look convinced, but Jiaolong was already getting up and urging Kagerou to follow. She sighed and stuck her nose back into her work. “Don’t stay out too late!” The boys mewed an acknowledgment and hopped out the door.

Once outside, Kagerou sniffed at the air and shook his fur. It was still lightly drizzling and his pelt would be all fluffy by the time they got back. He wasn’t looking forward to Suiko fussing over his fur later that night. As if reading his mind, Jiaolong laughed sympathetically and nudged him. “Come on, let’s go check out that forest we passed on the way into town first. I wanted to study some of the trees over there.”

They trotted over the long stone bridge exiting the city. It was night and day coming from the bustling city straight into the peaceful countryside. Jiaolong lit up looking over the bridge at the reds, yellows, and rich browns dotting the hills and mountains in the distance. He drank in the sound of the river below running fast from the recent rains. It was so beautiful here, rain or not.

They stopped at a fork in the path going deeper into the forest with trees becoming denser than the main road. “Here, this was it!” Jiaolong ran ahead with Kagerou trailing behind. He slowed after a few paces to gaze around at the ancient oaks and birch trees along the winding old path. Once they had come across a particularly knobby old tree Jiaolong stopped and summoned his pomu from his shadow. The little creature was much more adept at note taking with its dexterous hands than he could ever be. Instantly absorbed in his work, time seemed to fly by. He only looked up when a fat raindrop hit him square in the forehead. A moment later Kagerou scowled. “I knew it wouldn’t last. We’re going to get soaked!”

Jiaolong frowned. It was too long of a walk to get back to the inn in time, they’d be drenched to the bone! “We have to find shelter.” His pomu slipped back into his shadow, taking his notes with it for safekeeping. The rain was coming down harder already making the ground beneath their feet squelch.

“Ugh, I knew I shouldn’t have listened to you.“ Muttered Kagerou. Jiaolong flicked his tail. He was too focused on their mission to argue. “There!” He ran over to a massive fallen log and peered inside. It was hollow!

“In here! Come on!” They huddled in, staring out at the massive raindrops beating the forest floor.

“Rain got you too, huh?” A voice sounded from within the darkness of the log. They both jumped, their wet fur spiking on end. Jiaolong let out an undignified yelp and Kagerou hit his head against the log. “Ow…”

The mysterious elnin laughed. “Sorry! I didn’t mean to scare you. I’m waiting it out too.” Suddenly, their fur and eyes started to emit a soft white glow revealing their form. “My name is Inky. Who are you?”

The two boys glanced at each other, smoothing their fur, and introduced themselves. They explained that they’ve been visiting the city with their caretaker.

“I wanted to research some of the trees here to find out why how they stay like this all year.” Jiaolong finished.

“What about you? Why are you out here?” Kagerou’s eye caught the satchel on the ground next to Inky and he tilted his head.

“Oh this? I’ve been out here collecting mushrooms! This season is great for mushroom hunting, with the rains and all. It’s the best time to go out and gather them.” They flipped the flap of their satchel open to reveal a variety of fungi of different shapes, sizes, and colors. Jiaolong leaned forward, clearly far more interested than Kagerou.

“Wow! Are they all safe?” He inquired.

“Of course! I know better than to pick anything dangerous. We have chanterelle, buttons, chicken of the woods, oysters, and parasols!” Inky looked very proud to have someone appreciating their haul. Their fur glowed a little brighter.

Time passed as the rain battered on making the orange and red leaves dance along the forest floor. Jiaolong and Inky got on well chattering about the local flora while Kagerou peered out of their shelter eager to get back to their warm, dry room at the inn. Finally, the rain had eased back to a light drizzle and the trio made their way out into the clearing. Jiaolong turned to Inky and asked, “Why don’t you come back with us? I’m sure Suiko wouldn’t mind.”

Inky smiled at him but shook their head. “I need to finish my gathering for the market tomorrow. But I can stop by later!” Jiaolong looked a bit crestfallen, his tail and ears sinking. Inky reached into their bag and pulled out a large oyster mushroom to hand out to him. “Here, I can teach you how to cook it tomorrow, okay?” They grinned and glowed at him. Jiaolong smiled back and nodded.

They then said their farewells and went their separate ways. The rain drizzled all the way back to the inn, but Jiaolong hardly noticed. The two boys shook out their fur under the awning before stepping inside. Suiko looked up with an inquisitive glimmer in her eyes. “Pretty wet out there, isn’t it?”

Jiaolong was so excited he launched into the retelling of their adventure, proudly showing the huge mushroom he carried all the way back. The rest of their day was calm with Jiaolong going over his notes, Suiko working on her research, and Kagerou giving himself a good long groom next to the fireplace. Jiaolong glanced at the mushroom sitting on the counter and beamed. He could hardly wait for tomorrow to come. 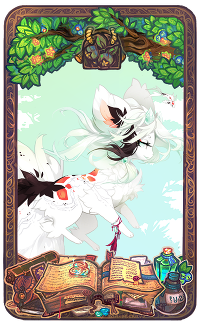 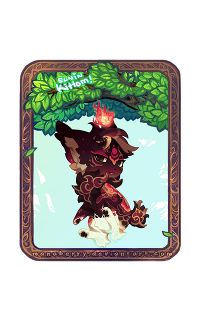 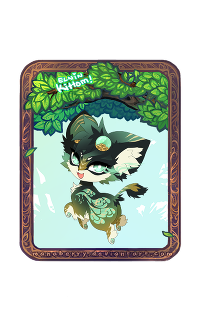 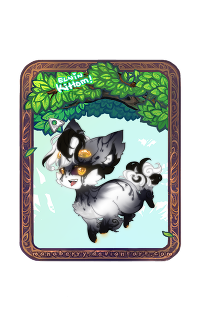