It was well past midday, and the temperatures were beginning to drop. Brigitte strained to pull her sturdy wooden wagon through the snow, her paws digging deeper into the fresh drifts with every step.

We should have stopped in the last village. She shook her head to chase away the images of warm, hearty stew dancing through her mind. No, there was no point of turning back now. The only path was forward; at least she hoped that she was still on the path. The landscape had long since been blanketed in white, and the flurries kept twirling down around her. Deeper, deeper. At least her cargo wasn’t too heavy, and they were making decent time.

“Are we there yet?” a singsong voice rose from the back of the wagon. Brigitte was about to respond in the negative when the wagon’s wheel struck a rock or some other hidden object under the snow, sending her tiny passenger tumbling into a snowbank with a squeak.

“Are you okay!” Brigitte called out in alarm.

After a brief pause, the tiny white kittom popped her head out of the bank and replied “I… I think I’ll be okay…” She shook a little pile of snow from her head and hopped over to Brigitte, her toe beans leaving the cutest little prints on the snow. She was still too light to sink deeper. With her pure white hooded cape covering her pastel pink and green markings, Aveline blended into the snowy landscape perfectly. Only one thin layer of fabric… the cold weather didn’t seem to phase her at all. Brigitte felt a pang of jealousy as she pulled her thick wool cloak tighter around her shoulders and tried, unsuccessfully, to stifle a sneeze.

“Gesundheit! It really is chilly out, huh? I could use some tea right about now. How about you?” Aveline hopped back onto the wagon and pulled out a large, insulated bottle. “It should still be hot.”

“I suppose we can take a very short break.” Brigitte parked the wagon on the side of the path, then pulled out a couple teacups and a jar of iced biscuits from among the cargo. She was worried that it was getting late, but she really needed the extra warmth.

The two nins sat on the front of the wagon and sipped steaming spiced tea. The view really was spectacular, gray snow-capped mountains just visible to the west and towering frozen white mountains to the east. Strynhalde’s grand eldertree loomed over the land ahead, its dark trunk standing in stark contrast to the frozen white landscape. Their destination lay at its base in the capital city of Iorumund. The sun was getting lower on the horizon, and the sky was washed in a light pink hue.

This was Brigitte’s first time in this part of Eyre. She was much more used to the more temperate climates, where the delicious crops in the wagon were grown, including dragonapples and figs from Crispin’s ranch in Faerindell, Kasumi’s famous tea blends from Kyendi, and mouse melons and honey from Deryn’s farm in Bellmoril. Harvests were extra bountiful this year and there weren’t enough nins to cover the extra produce shipments from the ports of Enmir.

Brigitte wasn’t sure why she had volunteered to handle this delivery. She disliked long-distance sea travel, and the import/export business wasn’t her area of expertise. But now that she had time to soak in the majesty of this region’s landscape, maybe she was a little glad that she agreed to come… despite the low temperatures. There was a certain power here, a charge in the air that she couldn’t quite grasp. Perhaps there was an anima well nearby. Whatever it was, she felt alive. Maybe this would be good for her training after all.

As the nins wrapped up their snack, a lone nin approached from the direction that they were heading. The nin was dark blue, teal and white, with piercing blue eyes. A soft dusting of snow on their fur added a subtle sparkle to their coat. The stranger greeted Brigitte and Aveline and asked where they were headed. Brigitte explained that they were on their way to the capital and asked if there were any places nearby to stop for the night. The snowy nin directed them to a lodge about a mine up the road, then headed on their way. Brigitte wondered where they could be going so close to sunset.

Just as the sun disappeared behind the mountains, the nins arrived at the lodge. The lamps were already lit outside, and Brigitte and Aveline could see their breath in the frosty air. It was a good thing that they arrived when they did. Nights in Strynhalde could be unforgiving.

They paused briefly at the heated stables to lock up their cart, then headed into the tavern.

“Welcome to Snjógangur Inn and Tavern. Would you like a room for two and some hot meals tonight?” the friendly pink nin behind the counter asked politely.

“Yes, please!” cried Aveline. She jumped up and down excitedly, enjoying the feel of smooth cobblestones under her paws.

The innkeeper showed them to their room so they could drop off their packs, then led them to a table next to the fire. She returned shortly with two steaming bowls of vegetable chili and a plate of honeyed cornbread to share. Brigitte tore off a piece of cornbread and dipped it into the chili. It was absolutely delicious! Exactly what she needed after a long day in the snow. This is why our journey is so important, she thought. Few crops could grow in Strynhalde’s frozen soils. Most fruits, vegetables and herbs needed to be shipped in from faraway lands. She would no longer take these things for granted.

“I think it’s time for bed,” Aveline yawned as she scraped up the last of her chili.

“Have a good night. I’ll head up soon, too.” Brigitte looked down at her nearly empty bowl. She needed to get plenty of rest before the duo continued their adventure tomorrow. 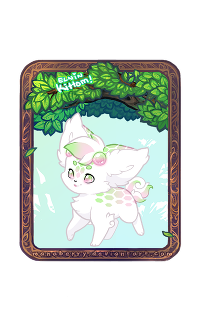 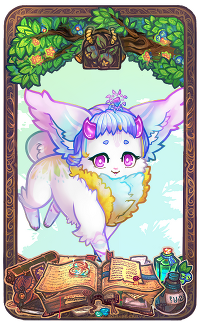